by Watchdog Uganda
in Agriculture, Business
2 0 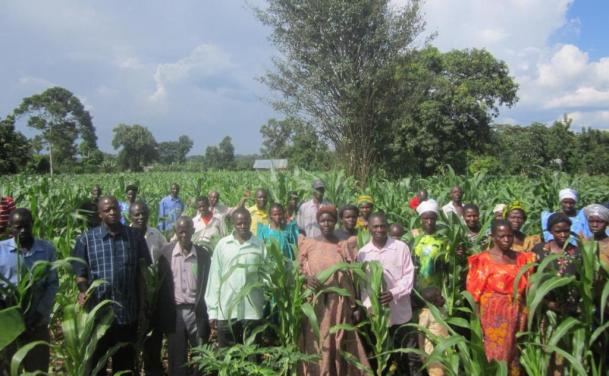 Nakaseke District is stuck with more than Shs800 million meant to support farmers by installing micro-scale irrigation schemes in their gardens.

The Ministry of Agriculture, Animal husbandry and Fisheries with support from the World Bank through the Uganda Intergovernmental Fiscal Transfer Program (UGIFT) has so for disbursed Shs1.036 billion to Nakaseke district in the financial year 2021/22 under the Microscale Irrigation Programme.

According to the guidelines, the Government contributes between 25% and 75% of the total cost of the irrigation equipment whereas the farmers contribute 25%-75% depending on the type of scheme they need to install. The Programme caps the support to 2.5 acres thus it is expected to benefit mainly smallholder farmers interested to transition from mainly subsistence to more commercial agriculture.

Titus Lwera, the Nakaseke District Agricultural Officer, says that 661 farmers expressed interest in acquiring the micro-scale irrigation plants and 231 were approved to benefit from the program.

However, Lwera reveals that a few months to the end of the financial year, only nine farmers have fulfilled the requirements, which includes the payment of the 25%-75% contribution to the project.

He says that over Shs 800 million is still lying on the district accounts because the remaining farmers are yet to contribute their top-up to acquire the irrigation equipment.

Fred Rwabirinda, the Nakaseke District Secretary for Production, says that they played their part to select and sensitize farmers but they are surprised that many have failed to deposit their contributions to access the top-up.

Rwabirinda says that it will be an embarrassment if the money returns to the consolidated fund because of the failure by the farmers to contribute and get the irrigation equipment yet they often suffer prolonged drought.

Fred Bamwine, the Nakaseke Resident District Commissioner and Nakaseke Chief Administrative Officer, Sarah Nakalungi also warned farmers that the money will be swept back to the consolidated fund in the next four months if they fail to fulfil the requirements to access it.