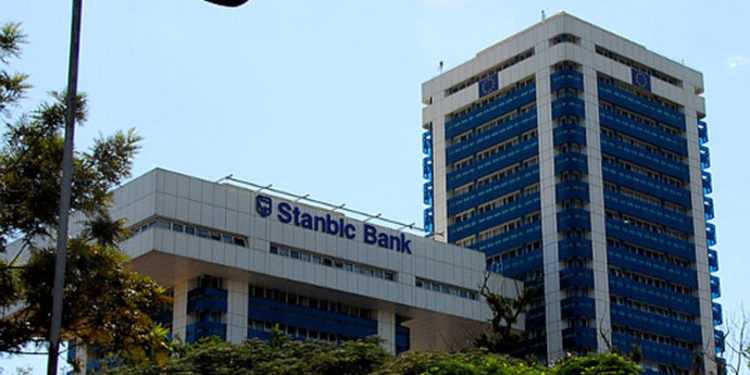 The Bank of Uganda has a mandate to foster macroeconomic and financial system stability. A stable financial system is one in which financial institutions carry out their normal function of intermediating funds between savers and investors, and facilitating payments.

The Central Bank together with other banking institutions, play a pivotal role as a centre of excellence in upholding macroeconomic stability.

According to Uganda Bankers’ Association (UBA), Uganda’s banking sector has grown from the the first commercial bank, the National Bank of India, now Stanbic Bank established in 1906 to over 25 banks.

Fabian Kasi, Centenary Bank Managing Director also former UBA chairman recently told Daily Monitor newspaper that the sector has boosted the economy because the banks facilitate investment and it is through investment that jobs are created, production grows as well as tax collections.

Now, for anyone who is considering conducting business with any commercial institution in Uganda, this is the list of top banks in Uganda;

Owned by Stanbic Africa Holdings Limited,Stanbic Bank has a wide range of services from debit and credit cards, loans, investment, savings and mortgages.

Dfcu Bank is the second largest bank in Uganda. It offers range of activities, namely savings, loans, investments, Debit and Credit Cards, Checking and Mortgages. With over 60 branches and over 100 ATM Machines distributed across Uganda, Dfcu has been able to serve Ugandan Customers since 1964.

Centenary Bank serves over 1.5 million customers through its number of networks supplemented by over 70 branches and 180 ATMs across Uganda.

The Catholic founded commercial bank plays a role in micro-finance-helping rurla farmers, small scall traders, importers, exporters and manufacturers. It was founded in the year 1983 and fully registered as a Commercial Bank in 1993 with its headquarters in Kampala Uganda.

Standard Chartered Bank was established in 1912. It was the first Ugandan bank to introduce the VISA Electron debit card and toll-free phone banking.

It is also the first bank to be licensed to trade government securities as the main dealer in Africa, and the first to offer derivative products.

They provide a variety of services such as Checking, Debit and Credit Card, loans, investments and saving, through their branches in Uganda (0ver 10) and over 30 ATMs in the main towns of Uganda.

Absa formerly known as Barclays Bank started its operations in 1927, it acquired the Ugandan business of the Commercial Bank of Africa in 1969 as Barclays bank Uganda Ltd, and the commercial bank further strengthened its presence in the country by acquiring Nile Bank Uganda Limited in 2007, not until in November 2019 when it was officially rebranded to ABSA Bank Uganda Ltd.

They offer a wide range of services from loan, savings, checking, debit and credit cards, investments. They give their services to both individuals and groups like large cooperatives.

Bank of Baroda Uganda Limited is a commercial bank that provides loans, credit cards, savings, and investments services to individuals, SMEs, and large corporations. Headquartered in Kampala, it is a subsidiary of Bank of Baroda, an international bank that is based in Mumbai, India. It was established in 1953.

This is one of the fastest growing banks in Uganda. It offers services through well distribute branches (Over 35) and ATMs (Over 40) across the country. It provides a range of banking products and services such as loans, savings, checking, and investments. It is a subsidiary of Equity Group Holdings Limited, a financial services conglomerate that is based in Kenya.

In 2010, Equity Bank was given the Employer of the Year Award by the Uganda Investment Authority. In 2015, it was considered one of the top Ten Banks in Uganda in terms of income and deposits.

Housing Finance Bank is the leader of mortgaging in Uganda, accounting for about 60 percent of mortgages as of December 2018. It also provides other services such as loans, savings, checking, debit cards, and investments. It was founded in 1967 as a housing finance company, then became a licensed commercial bank in 2008. Its headquarters is in Kampala.

It was founded in the year 1984 as Sembule Investment Bank. It employees over 400 employees. It is a member of the Bank of Africa Group that has a presence in 10 countries in Africa and that also operates in France. It provides a range of banking products and services such as loans, savings, checking, debit and credit cards, investments, and mortgages to small retail businesses, medium-sized local enterprises, and multinational companies.

Citibank started in 1999, offering services which include loans, investments, savings and debit card transactions. With the establishment of Citibank Uganda, Citigroup’s corporate banking business has become one of the largest in the country. It serves more than 250 clients from various sectors. Its headquarters is in Kampala.