The Uganda National Bureau of Standards (UNBS) stopped 16 million substandard products from being imported into the country as a measure to protect the health and safety of consumers.

Speaking at a press conference to announce the Bureau’s half year performance, the UNBS Executive Director, Dr. Ben Manyindo said: “The seized goods would have otherwise been detrimental to the health and safety of consumers,” Dr. Manyindo said.

“We received 100% funding of the Shs20 billion budget which enabled us meet and surpass most of our targets in enforcing standards to protect consumer health and safety and the environment against dangerous and sub-standard products,” he added.

“UNBS continued to focus on developing standards that contribute to the competitiveness of local industries and supporting the economic development of our country through support for growth of exports,” Dr. Manyindo said. In addition to standards developed, 467 certification permits were issued to enhance the quality and competitiveness of locally manufactured products.

UNBS also verified 6,500 electricity meters. About 6,000 failed verification and corrective measures were recommended. “Without our intervention, 6,000 electricity meters would have been in the market giving wrong measurements to the detriment of the consumers,” Dr. Manyindo said.

#OutToLunch: Uganda needs to cultivate a culture of betting on ideas 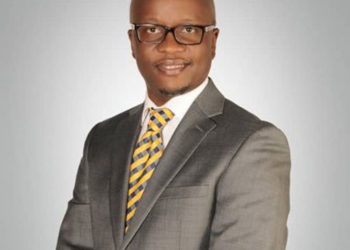 Parliament has passed the National Payment Systems Bill, 2019, that will among others regulate and provide for the safety and...

The Ministry of Finance and Economic Development Permanent Secretary Keith Muhakanizi has said that frequent supplementary requests are making it...

Huawei and Audi Sign Memorandum of Understanding for Strategic Cooperation