by watchdog
in Football, Sports
4 1 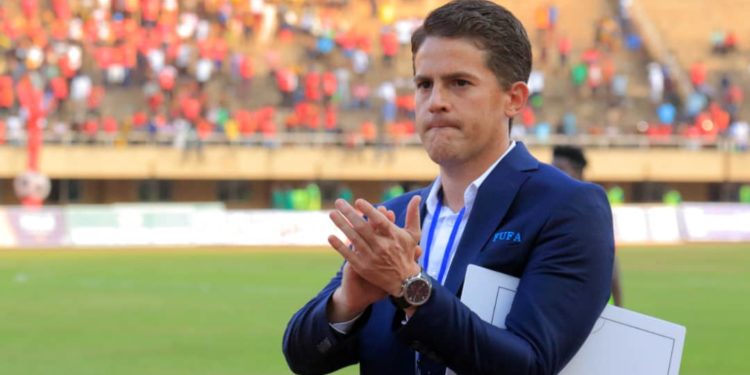 Uganda Cranes Head Coach Johnathan McKinstry has named a 20 man squad of foreign based players for the two AFCON 2021 Qualifiers against South Sudan to be played between 9th and 17th November 2020.

The announcement of the squad was made during the Press conference held on Thursday morning at FUFA House in Mengo. Mckinstry was flanked at the press conference by his 1st Assistant coach Abdallah Mubiru.

Uganda Cranes Head coach Johnathan McKinstry with his assistant Abdallah Mubiru during the press conference
In addition to this list of foreign based players, a further selection of Uganda Premier League players will be added to the final squad following further assessment of their current preparedness by the national team technical staff.

The Squad of Foreign Based Players