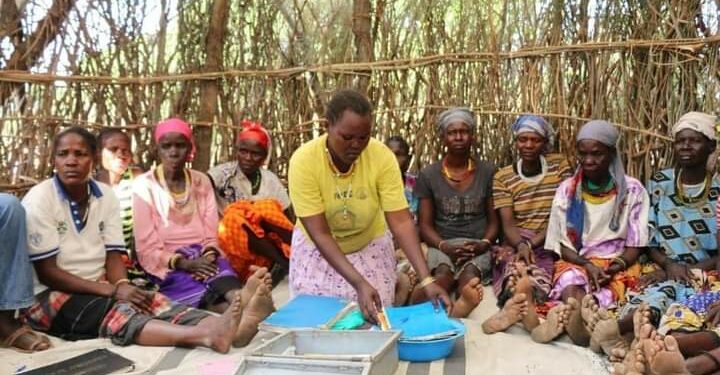 A savings group in Karamoja

A viral message recently reminded men to be nice to their wives and/or girlfriends because, apparently, December is the month when women share the money, they have been saving over the last 12 months.

Many Ugandans belong to different SACCOs, Village Savings and Loan Associations (VSLAs) or investment clubs. These groups largely started with women and it wasn’t always money. Women shared harvests. When one had a function (wedding, funeral etc.), other members would bring in food and such other things. In some parts of Uganda, some such groups save and build or buy a water tank for one household after which they do so for another household. Some men have since started or joined such schemes.

I was recently pretending to work over the weekend at one of Kampala’s hotels. A group of largely women was meeting not so far from where I was seated. They were enjoying themselves over wines and juices.

After they were done with their lunch, one of the women stood up and started giving a speech as others clapped. Something then caught my attention. The speaker said they couldn’t travel to Dubai this year because of Covid-19. In 2019, they had celebrated their end of year in Mombasa and the year before in Zanzibar. She then said, they want to do a US tour. I paid more attention. Do they just raise money and travel? Do they belong to a travel club?

I wanted to get their story. Then, the speaker called one of the ladies to come to the front and stand besides her. The speaker who turned out to be the chairperson of the group said while pointing at the lady standing next to her that the group had transferred Shs100m to her account. The others all clapped. The person who got the money put on a huge smile, and thanked all the members for their generosity.

One of the few men who had attended the meeting requested for a chance to speak. He said he was very thankful to the group because his wife had received Shs200m three months ago and they had managed to build the first floor of their commercial building somewhere outside Kampala. I was no longer pretending to work. I was now listening attentively.

I learnt that the group shares money every two weeks. Each member gives the other money. There is no set amount. You give what you can to the person who has been drawn to receive. When your turn comes, the person you gave, gives you the exact amount you gave them.

I think it is largely a savings group. Call it a forced saving group. Somebody gives you back your money. These groups, Nigiina as they are sometimes called can be a force in this country even if the amounts people share may not be as astronomical as the ones of this group I saw at the hotel.

And if this grows, where people are forced to save to invest in their businesses or spend on whatever they may fancy, banks will react in a way that grows our economy. Saving is one of the hardest things for many of us. When you have an obligation to give somebody money every fortnight or so, you would think twice before buying a new pair of shoes.

Also, as you anticipate your turn of receiving money from members, you would think of where you need to invest your money. If you planned to spend it on luxuries, you would have thought about it for a long time.

In Kenya, more than 40% of the population belongs to some SACCO or investment club. Some of the groups have since grown into very big businesses. I think Ugandans will get there too. Imagine if this group I met at the hotel change tact and decide to build a factory, a hotel or something else, they can easily raise money in a few years or even months.

I didn’t get a chance to know how many members they are (about 15 were in attendance) but I heard some had sent in apologies. I also didn’t get to know how much each member receives. So I will take the Shs100m as average. If they can give Shs100m every fortnight to a member and they are 24 people, that would be Shs2.4 billion a year! That is enough money to start a business that can end up very big. Could joining such a group be your new year resolution?

Museveni once again promises to wipe out opportunistic opposition