by Lawrence Kazooba
in Conversations with, Op-Ed
19 1 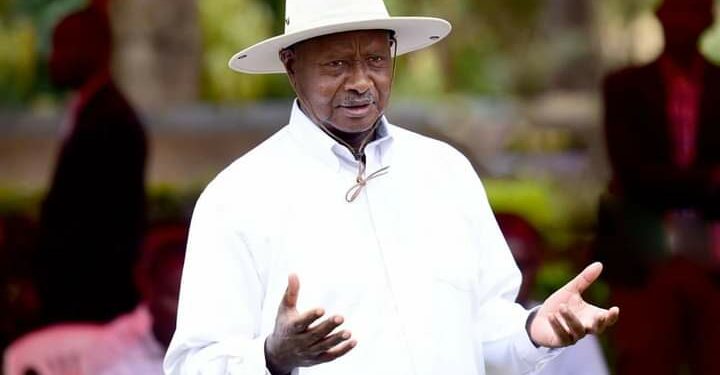 Greetings. We woke up to a letter on social media purported from you, instructing Bank of Uganda Governor to investigate and report back to you a case in which Simbamanyo House, now, Gender and Labour House, changed ownership.

Assuming it is your letter (too much fake news on social media) dated September 3, 2021, where you directed Prof Mutebile to investigate in one week the matter in which Mr Peter Kamya and Dr Margaret Muganwa had appealed for your intervention in matters regarding the sale of Simbamanyo House and Afrique Suites by Equity Bank, you are opening a Pandora box that you may not close without being branded selective in who to save when everyone in the ship is suffering the same fate.

You said, Bank of Uganda had directed that there should be no foreclosures of mortgaged properties by banks during the Covid-19 pandemic – And that Equity bank went ahead and sold the properties at very low prices, despite the fact that they had offered to get their own buyers but their efforts were in vain. I wonder if this also covered customers who were already defaulting on their loan obligations before Covid-19 struck – or – you believe the pandemic can be used as a cover for anyone who wants to cheat lenders!

I am certain by now, Mr President, you have received Mr Mutebile’s report, given the fact that the time framework you gave him of one week has expired. However, I am asking you kindly to be a father (you prefer to be a grandfather) who cares for all. You should be aware, Mr President that thousands of your citizens have been affected by Covid-19. Not just Mr Kamya and Madam Muganwa! Many, including youths and women you gave money for Emyoga are struggling to pay back despite suffering the pandemic disruptions. Kamya’s excuses make all of us want to run to you to help lift the burden of paying our loan and rent obligations we have struggled to meet during the past two years.

Every dark cloud has a silver lining. Mr President, I would like to first thank that you for listening to the pleas of Mr Kamya and Dr Muganwa. And maybe, God has used the duo to bring the cries of thousands to your attention. 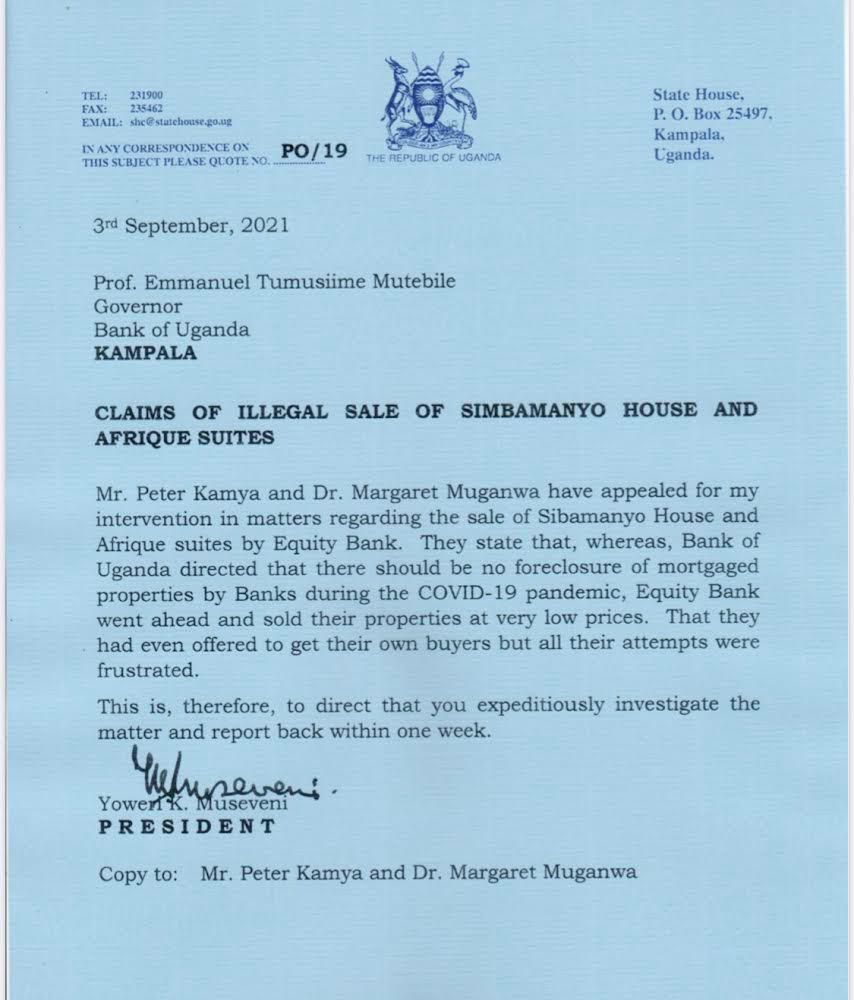 Mr President, Ugandans have been crying out to you since Covid-19 pandemic struck for your intervention to make banks suspend loan deductions until the pandemic is over. This is owed to the fact that Covid-19 disrupted many businesses , especially small and medium business owners. The same was asked that you intervene in the matter of landlords demanding rent in the period you locked down the country. No one was working, yet, landlords continued demanding rent arrears or confiscated properties of tenants to force them to pay for the arrears. Mr President, you advised us to sit down with landlords and find a compromise since landlords too had loan obligations to their financiers.

There has been deafening silence too, as school owners cried to you that banks were taking over their schools after school closures made them default on their loan obligations.

The common mwananchi, Your Excellency, has suffered and somehow found a way to settle their creditors or resigned and allowed the contracts to take their course.

I don’t know whether I was surprised, and indeed the whole country, that you chose to intervene in the case of ONLY one wealthy man, Mr Peter Kamya and his two properties.

The common mwananchi who had loan obligations with banks and other lenders have lost their small properties; plots, cars, motorcycles, televisions, chairs, phones, name it – whatever was offered as security before taking the money.

Mr President, there is been silence from all offices in the country as this was taking place because no one wanted to disrupt the financial sector without serious consequences.

Now, Your Excellency, it is not possible Mr Kamya is any different from other Ugandans who have defaulted their loans and lost properties – maybe because for him he has access to your office, and you in particular that you can intervene on a the case which has been actually ruled on by courts of law.

Mr President, how lucky is Mr Kamya! Can you imagine, you are pleading for a man who between July 27, 2018 and 29 July 2020, received a whopping total of UGX of ugx9 billion from the ministry of Gender, Labour and Social Development, in rental fees alone! I had put the breakdown of that money herein! But he also has other tenants who continued to pay him but still failed to service the DEBT! He never paid a single cent to Equity bank in this period! Kamya must be lucky to get your intervention!

Mr Kamya is not one of the Ugandans seriously affected by Covid-19. In my opinion, having looked at his cases in courts, he belongs to a group of people who deliberately want to cheat banks using their connections and knowledge of corridors of power. If he cared about his assets, why did he continue defaulting on loan obligations despite the fact that was being paid for rent and other things! Mr President, you should also have this person of Peter Kamya investigated on how he earned and failed to pay – what was his motive? I also believe, Mr President, you need to interest yourself in when Mr. Kamya started defaulting on his Equity loans – It was not Covid-19 that got in his way.

Mr President, this is a slap in the face of hardworking and honest Ugandans who have continued to pay their loan obligations during the last two years – yet they are not as privileged as Mr. Kamya and Madam Muganwa! 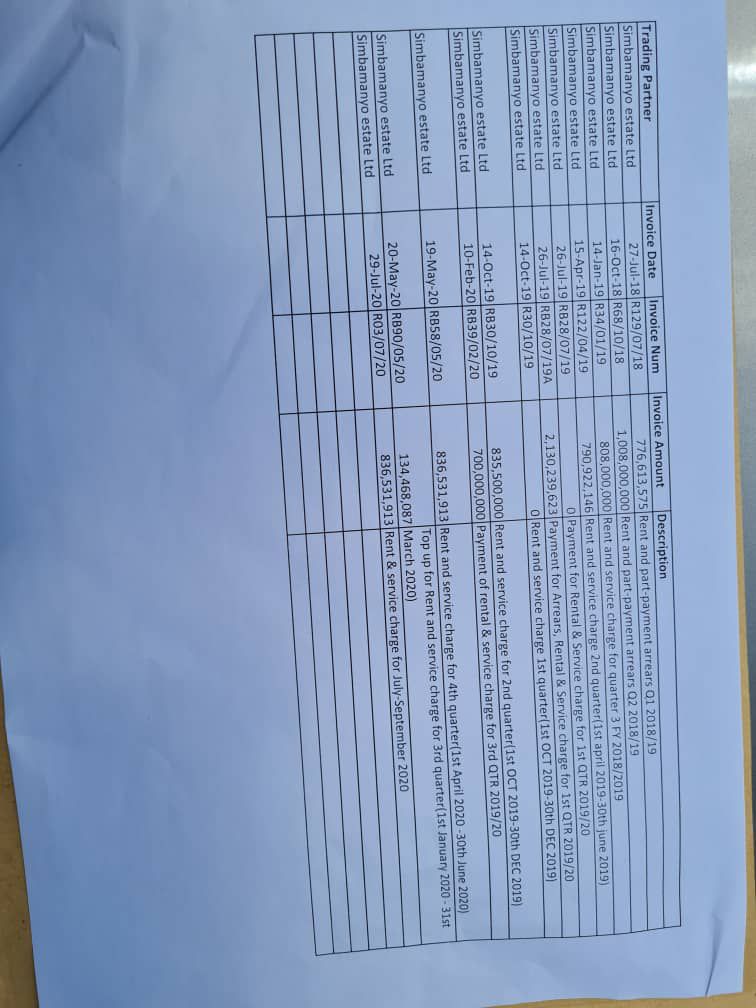 The only difference between these people is that the wealthy people can access you and complain about banks and you call for interventions. And the poor have nowhere to run to.

In my opinion, if Simbamanyo followed the right procedure to change ownership, but still, the owner is assisted to regain it – Mr. Museveni you are opening a Pandora box where all of us loan defaulters will unite to ask for your intervention to stop banks and financial services from collecting loans.

Mr. President, if you are to be fair, you should open Mutebile’s investigation to include all mwananchi who have lost properties to banks during Covid-19 pandemic. You should also be in a position to pay debt obligations for those who don’t want to pay back once they borrow. That is the meaning of your directive, Mr. President. You are president for all, not just a few.