DR. INNOCENT NAHABWE: Education Vs Learning: Yes, some tycoons didn’t go to school but they are highly learned 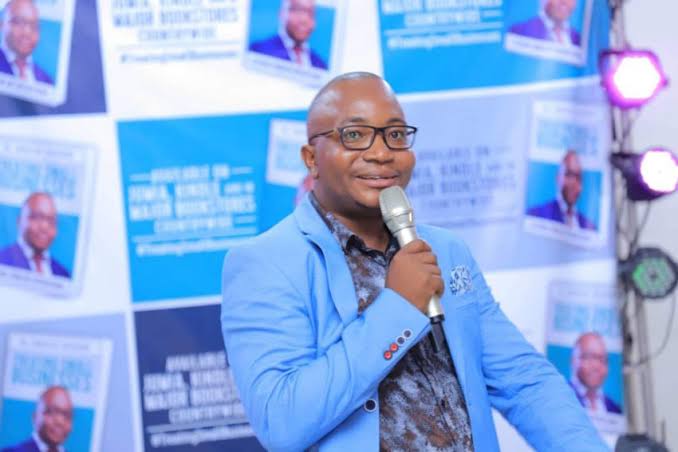 The UCE Exams are out and all that is in the media is people in jubilation. Of course we won’t see the ones that failed.

We live in a world of winners. We praise the victors/winners and forget the losers.
Parents and schools go over the moon about their children’s success in examinations. Often these same excelling students go on to excel at university. Unfortunately, it doesn’t follow that they will succeed in the University of Life. It’s a totally different ball game. It’s no longer what it used to be where all you had to do was excel in class. I was surprised last week when I saw an appeal on Whatsapp groups that Makerere’s best student who got the highest mark and best first class was still on the streets (to mean jobless) many months after school. Gladly, an audit firm took him on as an intern. Many aren’t as lucky. They do their best in school, study hard, excel but still suffer to get going in life; their great grades notwithstanding! Someone I was paying fees for, recently asked me why I always told him a lie that school was the key to success.

Meanwhile, those who didn’t go to school or failed along the way, seem to fair better without books. The boy, who, dropped out in S.2 when Maths started getting complicated and joined the boda boda business, probably, now has his own house and a family. Joan, who dropped out in S.3 because she got pregnant by the Chemistry teacher, started a kiosk, and now has a supermarket chain. Kuraish who dropped out to join his dad’s garage after failing to get 50% in English, probably, now is a big time spare parts dealer. Sometimes, it appears that school gets in the way of success. Funny, isn’t it?

Well, here is why I think that is the case. When you drop out of school, usually, you deal with shame for a short time and eventually get on in the tough University of Life. The University of Life is cruel but doesn’t usually fail you. In this place, you learn how to survive, save, bargain, and identify leads. ‘You learn by doing’, as is the motto in one school in Kabale. If you survive, often the mistakes are so painful that the lessons cannot be forgotten. Because you don’t know a lot of Maths, you are not bogged down by projections, ROI and risk analysis among other complications. You come across a deal that makes sense, and with money at your disposal, you invest and watch it grow.

You also don’t have “standards”. No work is too much for you. You don’t worry about being seen in a market, bargaining for lunch. You can stay in a Muzigo (shanty single room) in a slum. You can walk to and from work because it’s very near. Because you don’t have many OBs to entertain and soaps to watch, you are totally focused on your hustle. You also have low cost of living, allowing your business to grow. Most educated people have a particular society expectation they have to fulfil which makes it hard to do some dirty business. We are too cool to fry cassava, sell boiled maize and work in a garage or drive a taxi. Our ‘levels’ deny us a chance to learn the dynamics of running a business from first principles. Our education denies us opportunity to learn practically in the University of Life. Failure is the best teacher, remember! School trains us to excel to an extent that we don’t know how to handle failure yet in real life that happens, so often.

There are hundreds of successful people that haven’t gone far in formal education. Off cuff, we have people like Mulwana, Sudhir Ruparelia, BMK, Gordon Wavamuno, Steve Jobs and Amos Wakesa, to mention but a few. Many of these have gotten honorary doctorates for excelling in their fields. What we are often not told is that these great men and women have actually done a lot of learning. They might not have had lots of formal education but they definitely have an unbeatable record in the University of Life. They have hands on experience for many years and excelled. They are experts in their field.

So, excelling in school alone may not do it for you in the current situation. You might need both. Many will end up like me, never really practicing what you studied. It will take both the school excellence and the other skills to help you break through the real world. Time to ask yourself; what is that extra skill that I have? Which one can I get and excel at? Remember it’s never too late to learn.

Congratulations to the excelling students.