ROY WILLIAM MAYEGA: Dear social media idlers, you have no right to deny Kabaka’s diagnosis of ‘allergies’ on basis of pedestrian medicine

by watchdog
in Conversations with, Op-Ed
32 2 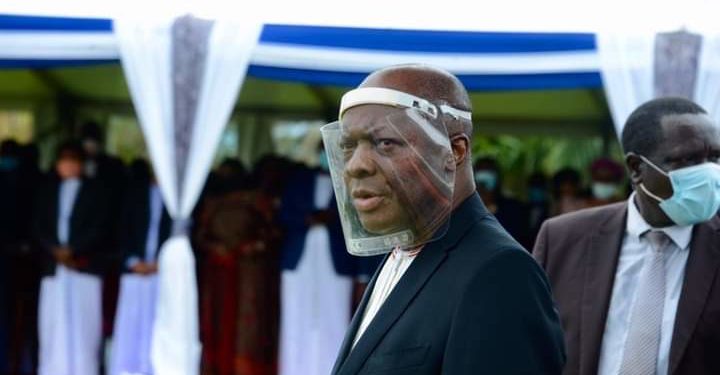 One of the ‘Prima Facie’ principles of Medical Ethics is ‘Autonomy’. Autonomy includes confidentiality and privacy. Confidentiality means non-disclosure unless permitted by the patient. Privacy means “having control over the extent, timing and circumstances of sharing oneself with others”. You cannot for instance as a practitioner order the patient to immediately dress down in the public area and to bend over so that you stick your fingers up their rectum when every one is watching. You need to give them ample time to organize themselves; to do the necessary ‘local’ preparations before they feel comfortable to be undressed; and to get a sufficiently private space. One of the biggest dilemmas faced by a person who has received a diagnosis of a chronic disease is when, how much, and to whom to disclose. It’s not a simple pedestrian matter: It’s a real hassle – the publics always stigmatize everyone with a chronic disease however moderate it is. The time it takes for people to process their medical situation and to decide to expose themselves varies widely between individuals and is based on the type of disease, their personality, sensitivities, the medical information they have, their values, their prognosis, and the desire to protect others close to them. Some people want to ‘wait and see’.

Being ‘Prima Facie’, ethical principles are inherently binding, unless they clash with another ethical principle in which case there is an ethical dilemma to be re-solved. There is no ethical dilemma here! Ethics is not freaking morals – leave your self-righteousness to yourself. Ethics is not freaking gut feelings; and neither is ethics about culture. Beliefs and morals die, ethics doesn’t.

I have seen many social media idlers blaming the Katikkiro for ‘not taking the pedestal several months ago to describe what was wrong with the Kabaka. The Katikkiro cannot unilaterally issue a communique without the freaking permission of his boss! And none of the idlers has any evidence to show that his boss told him to announce and he categorically refused – don’t be publicly silly.

Secondly, people have no right to deny a diagnosis of ‘Allergies’ on the basis of pedestrian medicine. Patients are not examined in videos and diagnoses are not validated by rumors. Doctors are much more sophisticated than that. Let his physicians be the ones to dissent, or let the Kabaka’s wife declare that what was said was wrong. Severe allergic reactions and autoimmune diseases can be severe enough to cause anything, independently in their own right, without having to collaborate with social media witchery.

It’s so funny how social media has suddenly caused an upshot in ‘male rumor-mongers’ and ‘cyber-sorcerers’. Leave the Katikkiro alone, until the person who appointed him thinks otherwise. The person who appointed him has never been devoid of grey-matter. Good thing is that all of you will one day grow older and experience your own chronic diseases – then we will see if you can willingly stick out your private ‘parts’ in public whenever the publics demand so. Some of you cannot even tolerate a routine prostate exam and you are here asking others to undress?