LOP Mpuuga calls for enhanced funding to the health sector 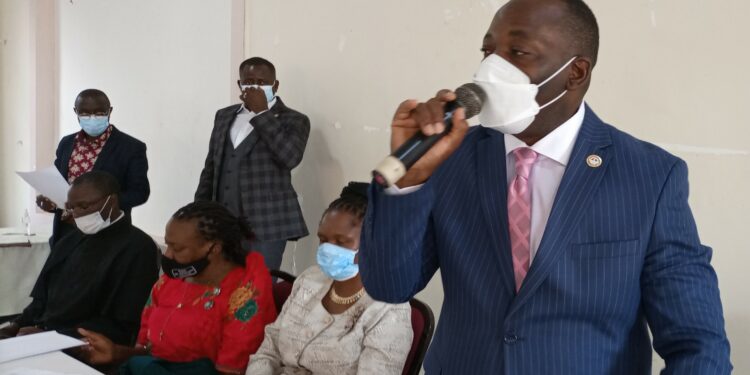 The Leader of the Opposition in Parliament, Hon Mathias Mpuuga, has urged the government to increase budget allocations to the health sector.

“Most of the new districts lack hospitals, the only government facility you can find is a health centre III which is are also ill-equipped leaving our people to trek long distances to access the services from private providers,” Mpuuga said.

According to the national healthcare system, each district should have a general hospital but many of the districts, due to inadequate funding, have failed to have their health centres upgraded to hospital status.

A case in point is Kalungu district which still runs a health centre IV, 11 years since its creation in 2010.

“I am aware Kalungu has a lot of challenges,” Mpuuga said, “Kalungu Health Centre IV lacks a medical officer implying that it can’t offer most of the services expected of a health facility at that level. So, patients have to go to Villa Maria Hospital, which is privately owned.”

To bridge the gap, Mpuuga suggested that the government should enter into partnerships with private players in the sector.

“This is one of the issues we intend to tackle as per our legislative agenda. Since private hospitals serve the same population, government needs to support them by providing medical supplies and other incentives because the private players have been able to maintain presence where the government has failed,” Mpuuga said.

Since the health facility opened to the public on 22nd September 2021, it has handled over 240 cases including admissions, according to the former Kalungu East MP, Mukiibi Sserunjogi.

Military takeovers in Africa: Drawing the line between Politics and the Army