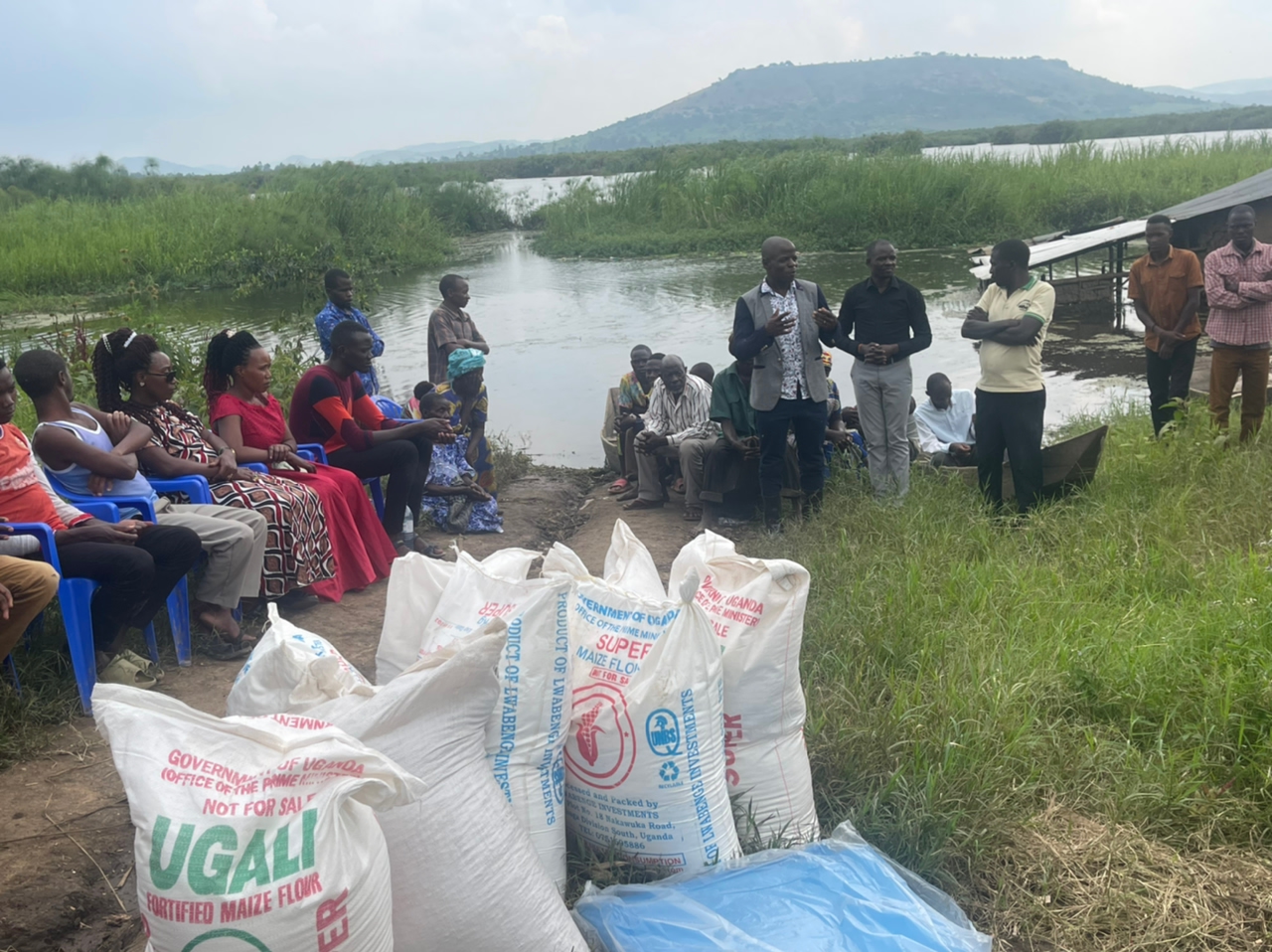 The flooding that occurred last week left hundreds of people living around the shoreline of the Lake Displaced while houses they were living in remained risky for habitation.

Also three people were reported to have died in the floods while animals including cows drowned. The deceased who included Wilson Kadondo, a resident of Kagaaga, Lucas Tayebwa of Lwakisaana Village and Justus Tindyebwa had lived along the shoreline for more than 6 years. 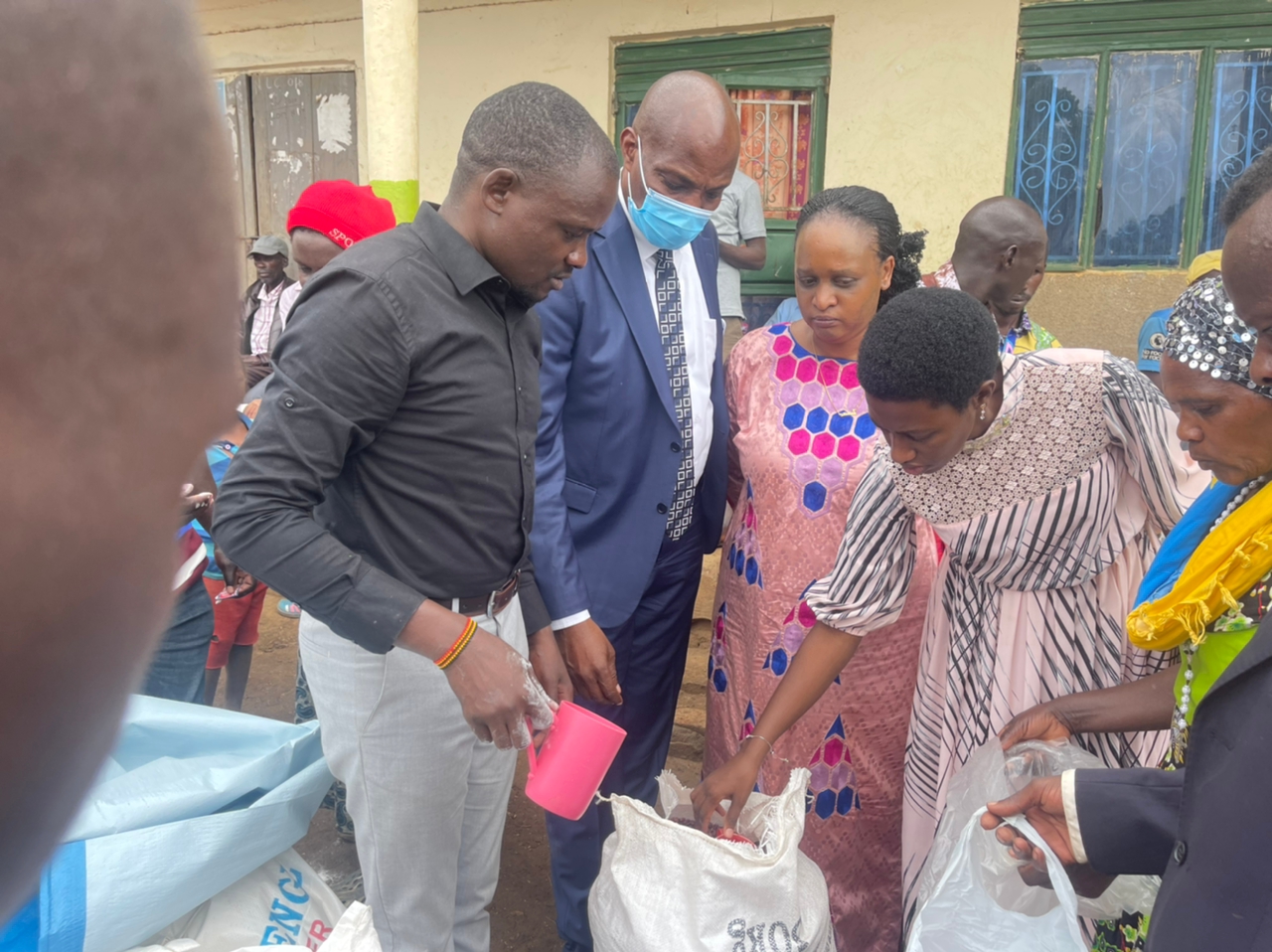 Kijanebarola is a lake formed by downward warping. It connects to River Rwizi in Western Uganda, Sango Bay wetland and River Kagera through Lake Victoria with another swamp that connects to Ssesamirembe in Kyotera District.

Preliminary causes of the flooding has been attributed to increased water that flows to the lake while there are limited outlets especially during the just ending rainy season.

Several resident are said to cultivate and live at the shoreline each time water reduces in the Lake and are affected each time the amount of water within Kijanebarola increases.

In the current impasse, several of the people homes were affected while many people no longer have where to stay.

Also several food crops including banana, cassava and potato plantations, were affected, leaving residents with no food to eat. They also remained with no land to cultivate.

It is upon such background that the area Members of Parliament Gyaviira Ssemwanga (Buyamba Constituency) and Juliet Suubi Kinyamatama, the woman Member of Parliament donated several relief items to save the struggling population from the dire effect of drought.

Among the donated items are tapelines that will be used for temporary shelter, food such as maize flour, among others. 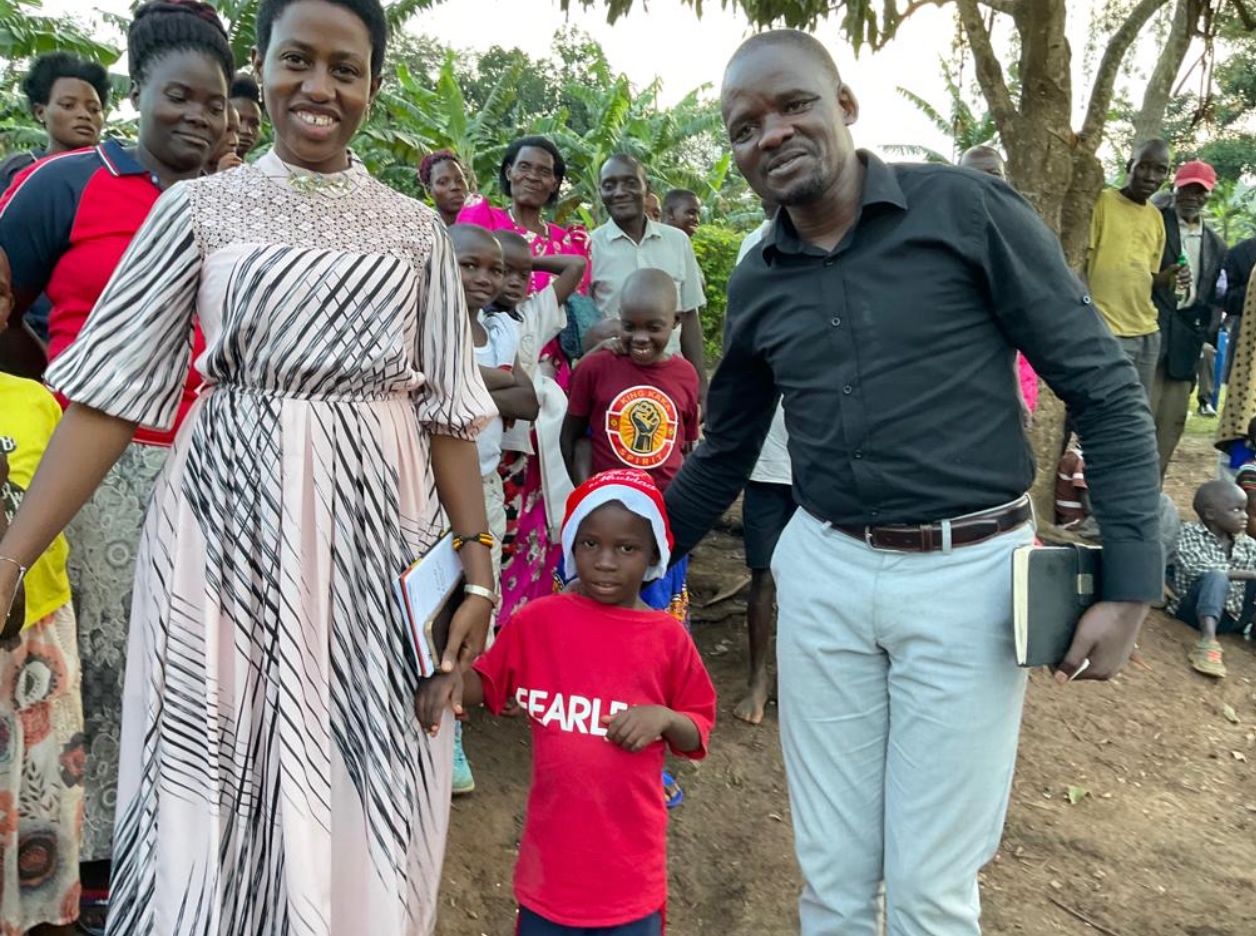 Gyaviira Ssemwanga, the Buyamba County MP while donating the relief items called upon government to come to the rescue of the residents to ensure that they do not suffer other related challenges such as diseases with the dire lack of basic social amenities.