The National Agricultural Research Organization (NARO) has urged government to prioritize investment into the development of the cassava value chain in Uganda, saying the crop has the potential to mitigate food shortages in the country.

In the past, the Food and Agricultural Organization (FAO) reported that Uganda had a Global Hunger Index (GHI) score of 16.7%, as it emerged 42nd in the world, in 2011, out of 81 countries ranked, with its hunger situation then considered “serious”.

Today, this gap has been further widened by the crushing effects of covid-19, and the recent global economic shocks: which according to Uganda Bureau of Statistics (UBOS), has currently increased poverty prevalence rates, food insecurity and social inequality.

Now, NARO’s Namulonge based National Crops Resources Research Institute (NaCRRI), that is mandated with research and innovation along different crop varieties in the country, has called-on government to increase funding to the institution, aimed towards supporting the production and uptake of cassava in Uganda.

This move, according to scientists at NaCRRI, will increase cassava production and value addition; for food and industrial purposes, as one of the mechanisms government should take, to fight rising food insecurity and biting poverty in Uganda.

In a recent media address, Tom Omara, a researcher at NaCRRI in charge of pests and diseases, social economic activities and capacity building, decried that the negative public perception towards cassava as a crop, has affected public investment along its value chains.

Consequently, he holds that efforts are needed by the government geared at mass sensitization, on the values of cassava.

“When we (NARO) talk about cassava, the first thing that comes to people’s mind is that; ‘even cassava, you talk about it?’. To them, cassava is a poor man’s crop and food that’s supposed to be given to a certain category of people. Therefore, the impressive merits of cassava will not take off until government commits resources and brings in more investors into cassava processing, in addition to mass public sensitization,” Omara said.

Omara revealed that the institute is currently under-facilitated to do its work. With limited funding from government; they are unable to conduct research into cassava value addition, acquire modern processing plants and do farmer trainings across the country.

Previously, NARO had developed over 20 improved cassava varieties, which they said are currently among the communities. The scientists said these improved high yielding varieties produce 9 to 20 tubers, sweet and take less gestation time.

While still, the tubers can stay longer in the garden and survive extreme weather, which can help guarantee food security for communities affected by prolonged droughts. 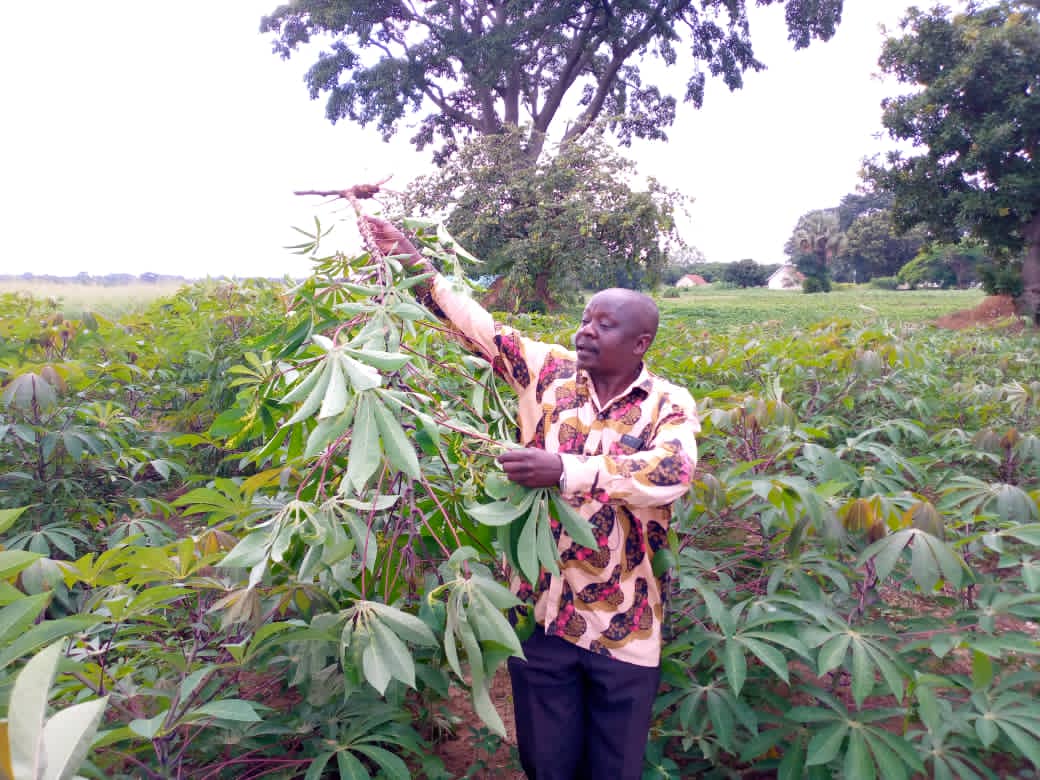 However, with less funds for research and innovation around value addition for cassava, NaCRRI are unable to do more, especially in the post-covid era.

“We appreciate funding from government, but it’s not adequate. You realize research is an expensive venture and most of our support comes from donor partners and other collaborators, and you know what has been happening globally with covid, so funding has slightly reduced. We call upon the government to take up its role in funding us more in terms of research,” Omara said.

The cassava varieties developed by NARO are said to have good eating qualities and are as well good for industrial purposes.

These varieties, according to Wamani Sam – another researcher at NaCRRI, can be used to develop different products. He revealed that some of the new varieties developed by NARO have been supplied by the government to Rwanda and South Sudan in recent years.

“We have a lot of cassava with farmers out there, but there has not been much effort on the side of Ministry of Agriculture in upscaling the value addition process. If more farmers are organized in groups or cooperatives, then they can be empowered to add value at those different areas of operation. Then value addition cassava will not be a problem anymore,” he said.

Globally, there are over 600 million people depending on cassava and in Uganda, this translates to over 700 households engaged in cassava production, according to the Ministry of Agriculture.

Worldwide, cassava produces starch, used as a raw material in pharmaceutical industries. In the breweries industry, cassava is used to make beer and it is also used for making packaging materials, ethanol and sanitizers among other uses.

Cassava in Uganda is a source of food and income for the largely subsistence farmers who form over 70% of the 46 million people. As staple food among indigenous cultures in the East, West and Northern Uganda, the food crop is a major source of calories. The leaves are also eaten as vegetables and the peelings are used as animal feeds and manure.

For Owili innocent, a small holder farmer in Elwa village, Bwa Apo Parish, Lira district, the miracle crop has enabled him sponsor two daughters through secondary, using money from cassava sales, which he planted on a two-acre land, alongside legumes and cereals.

Nalumansi Faridah, another farmer, senior five student at Kyituntu Secondary School and a mother of one in Mpigi district, intimated that her education was thrown into limbo after the death of her father in her S.4 vacation.

She spent two years out of school, the period in which she engaged in cassava farming, from where she obtained funds to go back to school. On top of that, cassava is an important source of food for her family. “If it was not for this cassava, my whole family would have died of hunger,” she said.

Studies by NARO show that Uganda produces over 5.4 million tons of cassava every year. Much of this is wasted, due to poor value addition and post-harvest handling methods by farmers. However, as a crop, cassava can survive in extremely difficult conditions. It has subsequently been found to outperform other of Africa’s most popular crops like millet, sorghum, potatoes and bananas according to some studies.

Most farmers note that with new and improved varieties, and proper technology for value addition, they could improve their earning through cassava production and processing.