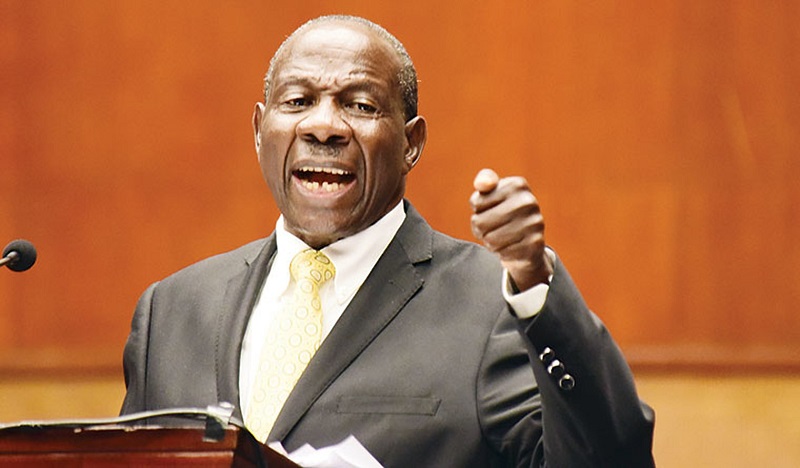 Uganda’s debt burden is set to soar to alarming levels, as government prepares to borrow Shs 9.7 trillion in a bid to finance its Shs 47 trillion 2022/2023 financial year budget.

This has sent waves of shock, alarm and uncertainity across the country, making many people wonder, as the state is already struggling to offset a huge foreign debt, amounting to Shs. 51.13% of total GDP.

The National Budget Framework Paper, Under the theme ‘Full monetization of the economy through commercial agriculture, industrialization, market access and digital transformation, fully stipulates the details of Uganda’s current national debt, and how money is apportioned to different sectors.

It further indicates that total resources available for government expenditure will be obtained from both domestic and external sources.

According to the paper, domestic revenue include tax and non-tax revenue as well as borrowing from the domestic market.
The external resources include budget and project support grants and loans.

The government expenditure without domestic debt refinancing and external amortization stands at Shs 32.7 trillion, from Shs 32.3 trillion in the current FY 2021/2022.

Further, government will also borrow Shs 2.8 trillion from the domestic market to finance the budget. Domestic borrowing is projected to decline to an average of 1.3 per cent per annum over the medium-term to maintain debt sustainability and promote increased private sector lending.

The framework paper shows that amortization of external debt is projected to increase to Shs 2.4 trillion in financial year 2022/2023 and will continue to rise to 2.3 per cent by 2026/2027. The rise in amortization is linked to the increase in non-concessional financing, which is typically characterized by shorter grace periods, and maturity of some loans.

The government asserts that the challenge of the Covid-19 pandemic has had far-reaching implications and has led to an increase in the fiscal deficit for the last two fiscal years. The slowdown in growth and the additional expenditure requirements to finance government’s response measures further constrained fiscal space and necessitated additional borrowing.

According to budget estimates, human capital development will take the lion’s share amounting to Shs 6.5 trillion which is 25.3 per cent of the total budget followed by governance and security at Shs 6.4 trillion which is 24.7 per cent, transport and infrastructure at Shs 4.5 trillion, and Shs 1.7 trillion for agro-industrialization.

The Finance ministry revealed that domestic revenue is projected to amount to Shs 25.5 trillion in financial year 2022/2023 and will grow at an average of 0.5 per cent of GDP, supported by implementation of the Domestic Revenue Mobilization Strategy (DRMS).

The strategy, according to the ministry, aims at guaranteeing a reasonable, realistic, and practical approach to sustainable resource mobilization through the implementation of reforms in the tax system over the medium term.

Of the total domestic resources in the financial year 2022/2023, Shs 23.7 trillion is expected from tax sources and Shs 1.7 trillion from non-tax revenue sources.

Domestic resources are expected to increase to 13.6 per cent in financial year 2022/23, and will continue to grow by 0.5 per cent per annum over the medium term as economic activity is expected to rebound when the effects of the Covid-19 pandemic dissipate.

Further, the ministry said the government is committed to maintaining debt sustainability and prioritizing concessional borrowing. To slow down debt accumulation and sustainability, the government intends to enhance efforts towards export promotion and import substitution to increase foreign currency inflows and reduce the outflows, sequencing projects, with prioritizing individuals or companies generating a bigger growth dividend.

“Government will also continue to enhance project execution by fully implementing the reforms under the Public Investment Management Strategy (PIMS), for timely realization of their benefits and subsequently their impact on the economy,” Finance ministry said in budget framework paper.

IMPLEMENTATION OF THE BUDGET

The government intends to enhance fiscal and debt sustainability by scaling up revenue mobilization and limiting commercial borrowing, including domestic borrowing as a country to bring back public debt and the fiscal balance within the fiscal objectives of reducing to below 50 per cent of GDP by FY 2025/2026 and others.

“Reduce public expenditure and improve the efficiency of the Government through freezing the creation of administrative units (constituencies, districts, cities, municipalities, sub-counties, and town councils), and speed up rationalization of government ministries, departments and agencies in line with the programmatic approach as approved by cabinet under Cabinet Memorandum CT (2018) 128.”

The paper shows that the government will promote local content by ensuring that its procurement targets purchase of locally produced goods and services to enable expansion of the private sector investments that will in turn increase production and employment opportunities for the population.

The state will also limit supplementary budgets for only emergencies and unforeseen expenditures as provided for under the PFM Act 2015.

In a nutshell, budgeting for resources will be reprioritized so that government avoids supplementaries and limit to only unexpected occurancies.