They young con artist on a busy Kampala road

Everyday, he goes on a busy road in Kampala city, sits on its pavement, breaks and displays his eggs and then puts on a sorry and apologetic face.

Guess what? Every passerby who feels sorry for this cunning young ‘entrepreneur’ leaves him with something in terms of cash. Some go ahead to give as much as Shs20,000 or more. By the the he calls it a day every evening, he goes home with happy pockets. 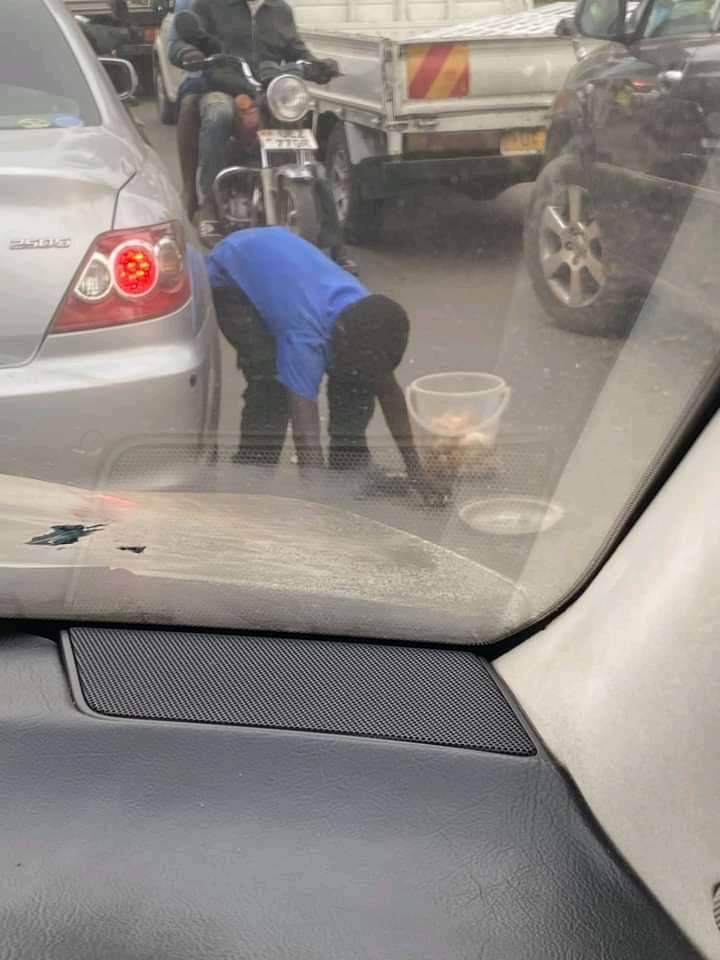 But now we think the business is about to collapse after being exposed by netizens, most of whom have fallen victims of this young man whose name, where he comes from or who uses him are yet to be identified. 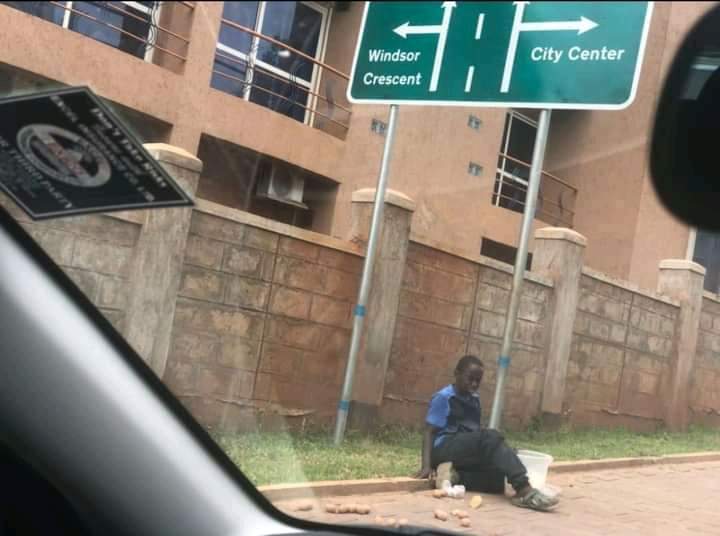 Since weekend, Ugandans on social media have been sharing photos of this boy while seated along pavements of different city roads with his broken boiled eggs. 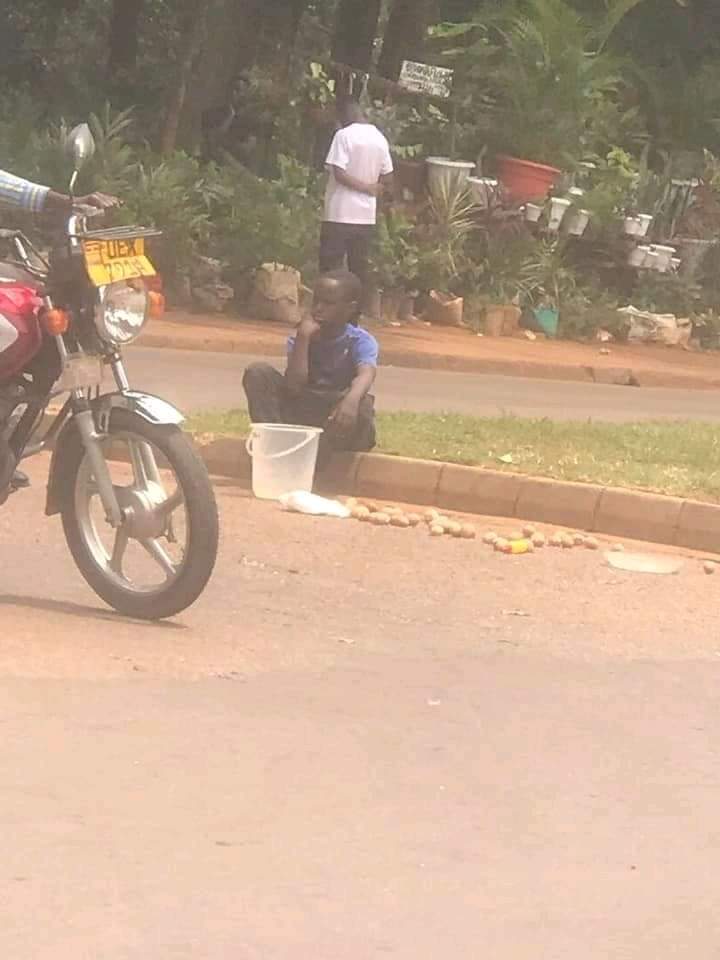 The ‘sad’ story of ‘Mr Eggs’ was first brought to People’s attention last Sunday when a one good hearted tweep identified as Ssempijja Stanle who gave him money after feeling sorry for him. 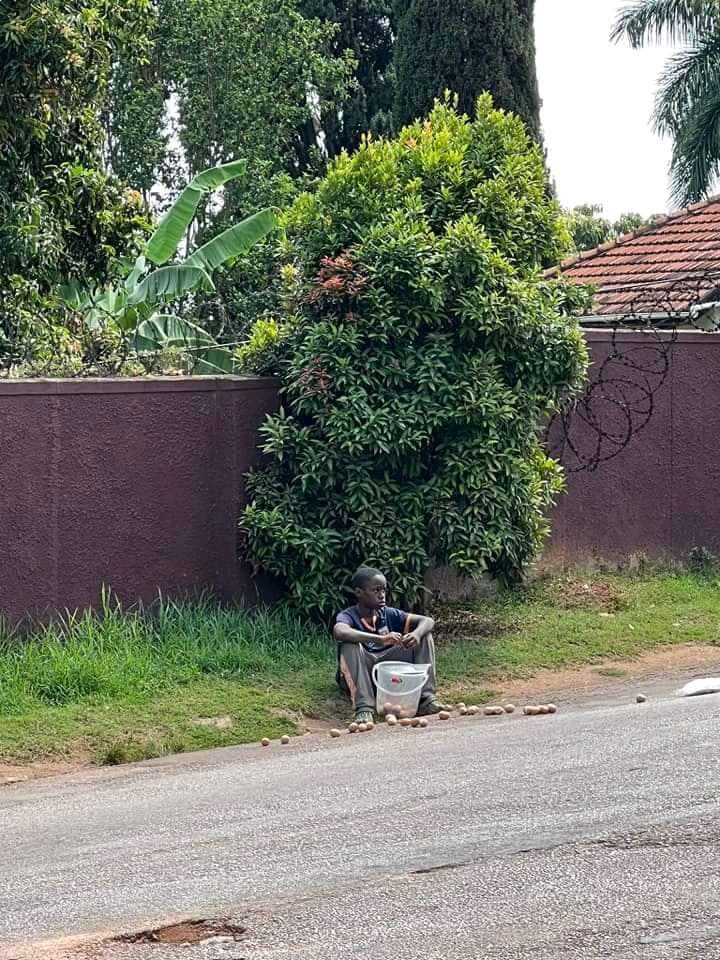 “Being a business man, I know what a loss feels like.This young kid tripped and broke all his eggs so I had to compensate him.Just look at what it means to him,” the unsuspecting Stanle tweeted.

However, after the tweet, a one Wine Maker exposed the young boy, saying that its his usual business strategy and that he does it in different areas of Kampala.

“Same kid I saw at acacia avenue today.
On the same incident,” the Wine Maker responded.

Since then, different tweeps have come out to expose the young boy.

Man you have been duped…this is a skill these kids have adopted of late.i have been a victim.

I experienced the same thing last Sunday in Munyonyo around the same time.

I witnessed the same along the Kabaka ring road. I pulled over and asked him how much he expected to collect from his day's sales. He told me that the boss expected him to bring with him 22k. I gave him the money & the lad heaped blessings upon me.

We gave this boy some 20k on Friday at about 3-4pm near the gate to Kabojja International. Hope its not a scam.

The day you realise that it's also part of the side hustle by the people who send them. Mostly those eggs be bad. Come on Kampala roads. U will bare me witness. Its always done on purpose. I one time witnessed the sam thing happening on different roads mostly ntinda

It’s a trap, these kids have come up with this idea.
I have seen it many times lately.

I guess it is Muyenga. It's also in the same place when one of his colleague dropped the bucket full of eggs at night when he was trying to beat curfew time unfortunately the bucket dropped and when we tried to pickup some good eggs,the ones who were driving

This boy again, God this must be a trick now… My first time I met this kid around kibuye round about, second meeting and still helping him was Nakivubo Blu gates…some boy appearing here. It's a dupe now..

Saw this young man along Muyenga Road this Morning but was cautious as I read the some tweet way back about the same, However I applaud your generous gesture