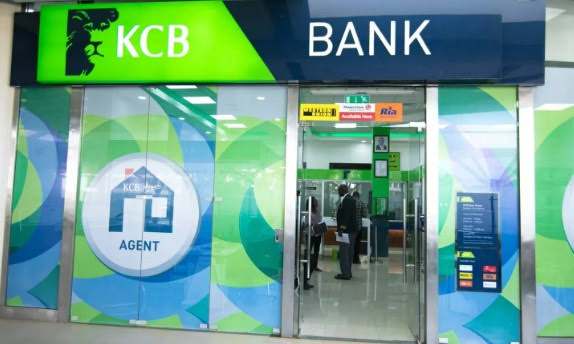 Tirupati Development Uganda Limited has sued KCB bank Uganda and its Kenyan counterpart over deceitful fraud and money laundering which has caused them huge losses.

According to the same document, on 17th July 2012, the 2nd and 3rd Defendants agreed to advance to Tirupati a syndicated loan facility amounting to a total of US$ 7,000,000. At the time, Plaintiff held only one account with the second Defendant vide, Account Number 2201449317 registered in Plaintiff’s name.

As collateral for this facility, Tirupati agreed to and did provide the 2nd and 3rd Defendants a series of certificates of title to its properties. The committed securities for the facility were stipulated in the agreement between the parties and listed therein.

The 2nd and 3rd Defendants agreed to charge Plaintiff’s loan negotiation fees in the sum of 0.5% of the loan amount. This amounted to the US $35,000 as per the Loan Agreement. During the contracting period, all principal and interest payments with respect to the loan facility were to be made through Plaintiff’s US Dollar current account 2201449317.

However, Tirupati Development Uganda Limited alludes that the duo failed to fulfill their commitments when they failed to disburse the total agreed amount of USD 7,000,000. They also failed when they debited the plaintiff’s account with loan negotiation fees above the agreed amount. Also, both defendants failed and willfully refused to provide Plaintiff with a breakdown of how the loan negotiation amount charged was arrived at.

Tirupati Development Uganda Limited also notes that the defendants in August 2016, opened and operated two separate US Dollar-denominated loan accounts in the names of Plaintiff without Plaintiff’s knowledge or consent. These were: Account number 1059906732 with the 3rd Defendant and Account number 2150226057 with the 2nd Defendant.

In January 2017, the 2nd Defendant opened and operated another new US dollar current account No. 2290351628 in the names of Tirupati Development Uganda Limited , without their authorization, consent or knowledge. In 2018, Plaintiff noticed and complained to the 2nd and 3rd Defendants, about several suspicious transactions on its current and loan accounts. However, the duo did not provide a coherent explanation for these suspicious transactions.

The Plaintiff also made demands for a reconciliation of accounts, clarity on the status of their loan repayments, and requests for the issuance of bank statements; unfortunately, none of these requests was honoured. This inevitably led to the Plaintiff’s failure to meet loan obligations.

Also using the Plaintiff’s Bank Accounts to carry out a total of at least 1,541 fraudulent transactions of varying amounts between 2014 and 2021 totalling US Dollars 79,900,000, amounted to a conspiracy to defraud which has resulted in the Plaintiff suffering loss and damage and which the 2nd and 3rd Defendants are jointly and severally liable to wit.

Therefore, the plaintiff wants the High Court to declare that the 2nd and 3rd Defendants engaged in money laundering through the Plaintiff’s loan accounts for which they are liable to compensate the Plaintiff.

Plaintiff also needs the High Court to order KCB Bank Uganda and Kenya to be disgorged of any and all the proceeds of the legally offensive and injurious practises pleaded in this suit, and another order sanctioning them to pay fines under the attendant anti-money laundering laws.

Tirupati also wants a declaration by the court that the 2nd and 3rd Defendants failed to properly manage the risk of financial crime exposure to the Plaintiff when they wantonly occasioned the impugned transactions on the Plaintiff’s accounts and in the Plaintiff’s name. It also wants an order sanctioning the two and compelling them to pay the highest possible independent of cumulative fines provided for in the law.