by Mubiru Ivan
in National, News
33 1 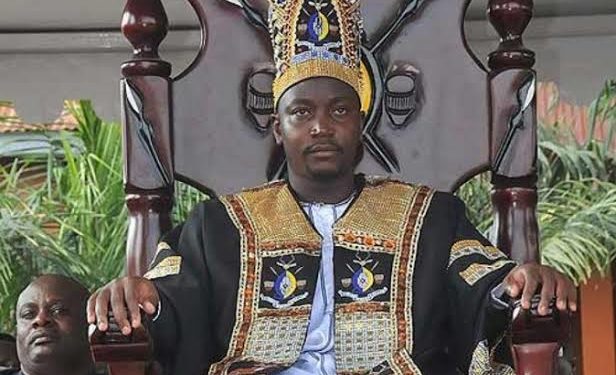 The Busoga Kingdom Hereditary Saza Chiefs have unanimously moved a vote of no confidence against King William Wilberforce Gabula Nadiope IV thus removing him from the throne.

In a public notice and declaration made on 3rd January, 2022, the Chiefs Royal Council said His Royal Highness Gabula was nolonger the king of Busoga Kingdom and that His Royal Highness Edward Columbus Wambuzi Muloki is now the new Kyabazinga.

“Aware that it is in the best interest of the Obwa Kyabazinga Bwa Busoga to at all times have a reigning Isebantu Kyabazinga elected by the Chiefs Royal Council in accordance with the constitution of Obwa Kyabazinga bwa Busoga from among the 11 chiefdoms,” the Royal Chiefs said in a document that was received by the Office of the Speaker of Parliament and Ministry of Gender on 12th January, 2022.

Prince Wambuzi was controversially elected the Kyabazinga on October 30th 2008 following the demise of his father, the late Kyabazinga Henry Waako Muloki on September 1st the same year.He was later removed from the throne.

Gabula was then unanimously elected by the ten Busoga Royal Chiefs who convened at Bugembe on 23 August 2014 for the purpose of electing a new Kyabazinga. Prince Wambuzi, the eleventh Busoga Royal Chief, who was also contesting for the throne, did not attend the meeting. Gabula was unanimously approved by the Busoga Lukiko (Parliament) on 25 September 2014.Following an unsuccessful last-minute court challenge, Gabula was crowned as the 4th Kyabazinga of Busoga at Bugembe on Saturday, 13 September 2014. President Yoweri Museveni of Uganda attended the coronation.