by Mubiru Ivan
in National, News
22 0 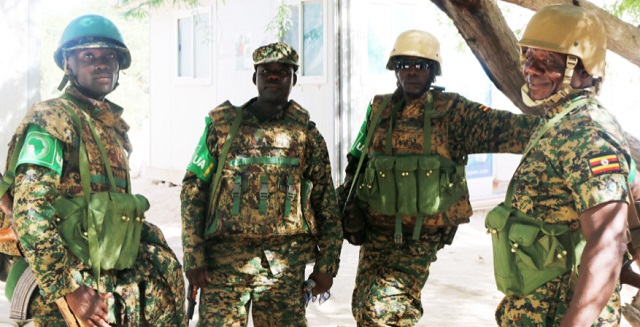 The Government of Uganda has revealed that it has not received mission allowances for the Uganda People’s Defence Forces (UPDF) troops deployed under African Union Mission in Somalia (AMISOM) since April 2021 (nine months).

A statement shared by the UPDF Spokesperson Brig Gen Flavia Byekwaso via Twitter on Sunday says the alleged complaints by some soldiers of UGABAG 30 as reported by some sections of the media that their allowances were stolen by UPDF are baseless and unfortunate.

“The Government of Uganda and the Ministry of Defence and Veteran Affairs have established mechanisms with the mission funders, African Union on how arrears for the forces deployed under AMISOM are always cleared,” the statement reads in parts.

The statement further highlighted that the same processes and mechanisms are being followed to have the unpaid allowances cleared.

“We urge all the affected troops to maintain discipline and patience since the process of settling their arrears is already on and they will certainly be paid for their noble service.”

Uganda has over 6,000 soldiers who have been on rotational deployment since 2007. The soldiers have been praised for flushing Al-Shabaab militants from Somalia’s capital Mogadishu.

Al-Shabab – which aims to topple Somalia’s government and impose its own harsh interpretation of Islamic law – controlled most of south-central Somalia until 2011, when it was driven out of Mogadishu by Somali troops, backed by African Union soldiers.

Despite the loss of territory, al-Shabab still carries out major gun-and-bomb attacks, often claiming casualty numbers that conflict with those given by government officials.