Ugandans urged to use festive season as reconciliation tool 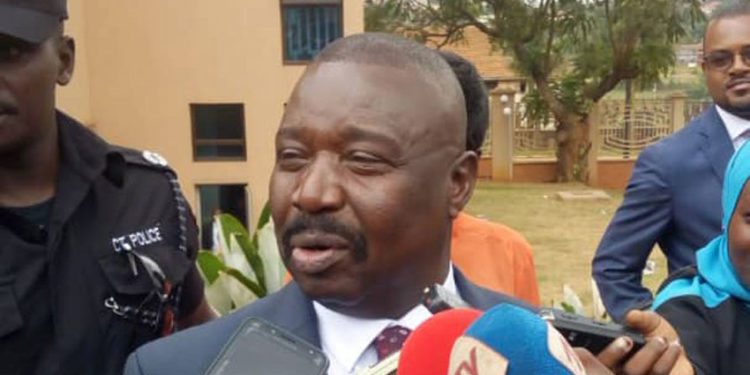 Former State Minister for Labour Mwesigwa Rukutana has congratulated the people of Rushenyi county, Ntungamo district and Uganda at large upon reaching the festive season. He rooted Ugandans to use the season to forgive those who wronged them and work together for sustainable development of their areas.

In his Christmas message, Rukutana observed that Christmas Day should be a platform to show love to each other, humbleness, reconcile, and work with leaders regardless of disagreements transpired in the last general elections.

The former Rushenyi County MP also advised people of Rushenyi and Ntungamo to celebrate peacefully and spend sparingly knowing that children are going back to school on 10th January 2022.

He commended the leadership of the district for accelerating the programs he had started such as electricity and infrastructure.

However, Rukutana expressed displeasure over the rampant cases of teenage pregnancy and early marriages which he said if not addressed, by the time schools are allowed to resume in the area, many in the district will either be married off or will not be able to attend classes due to pregnancy.

He noted that it is the sole responsibility of parents and guardians to nurture and groom well their children in order to protect them against behaving reckless.

According to statistics released by the district probation officer, 2,541girls in 2020 and 2,239 girls in 2021 below 18 years visited health units for antenatal care since the Corona virus pandemic forced schools shut in March.

The senior probation officer Ntungamo Mugume Benon attributed the vice to poor parenting stressing that some parents connive with their daughters to marry them off to get quick wealth from bride price.

He noted that the district together with security organs has embarked on a campaign to arrest parents and all people found attending a giveaway function or party of a girl below 18 years.

The former Ntungamo woman MP Beatrice Rwakimaari noted that it unfortunate that over 5,000 girls were married off and some pregnant saying that it needs a concerted effort to address it before it may degenerate into a tense situation for the society in the future.

Rwakimaari urged parents and men to concentrate on the education of their children until they are mature enough because children must remain as children rather than young mothers.

She also implored the public to cooperate, work hard and reconcile with each other as they celebrate Christmas and New Year 2020.

Trace Studios takes over distribution of Ugandan movie- Kony: Order from Above