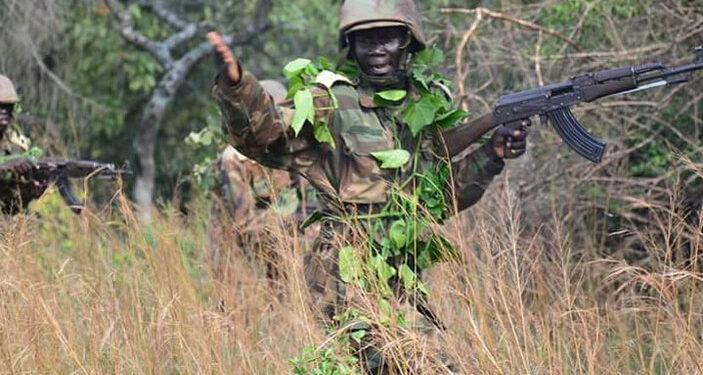 Uganda People’s Defence Forces (UPDF) supported by the Special Forces of the Armed Forces of the Democratic Republic of Congo have continued to attack camps belonging to terrorists of Allied Democratic Forces (ADF).

In a joint communique, UPDF Spokesperson Brig Gen Flavia Byekwaso and DRC’s major General Leon-Richard Kasonga Cibangu say the special units are currently in search operations on areas that were shelled at dawn on 30 November 2021 by the two militaries.

On Tuesday, the Ugandan military launched joint air and artillery raids with forces from the neighbouring DRC against the armed group.

Ugandan authorities have blamed the ADF for deadly suicide bombings in the capital, Kampala, earlier this month. The armed group has been accused of carrying out dozens of attacks in the eastern DRC.

DRC army Spokesperson Kasonga said in a statement that “for the time being, Congolese special forces supported by Ugandan special units will carry out search and control operations to clear and secure ADF positions affected by this morning’s strikes.”

At least seven people(including 3 suicide bombers) died in the incident and more than 3o were injured in the attacks, which took place within about 550 yards and three minutes of each other in Kampala’s business district, police spokesperson Fred Enanga said.

At a news conference recently, Ugandan police showed surveillance-camera footage from the scenes of the blasts. The first attacker, wearing a dark blue hooded jacket, detonated a heavy backpack as he approached two police trucks near Kampala’s central police station, hitting more than a dozen officers, including some inside the station,  Enanga said.