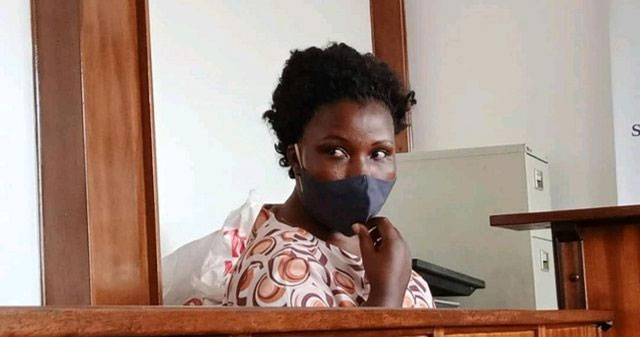 The Director of public prosecutions, Jane Frances Abodo, on 1st November 2021, withdrew charges against the Presidential Assistant Private Secretary, Caroline Kembabazi,  who was being charged with Giving False Information c/s 115(a) of the Penal Code Act. The charges were dropped upon the president’s intervention.

She (Caroline Kembabazi) was being accused of using her position to lie to the EC officers that Museveni had assigned her to tell the officials to give jobs to three of her relatives to be deployed as assistant district registrars which was not true.

“Kembabazi, between the months of November and December 2020, being employed at the State House as the Assistant Private Secretary to the President in charge of poverty alleviation in Western Uganda, verbally gave false information to the Human Resources Officer Electoral Commission that the president assigned her to get employment for Magezi Kenneth, Muramuzi Duncan and Abomeire Ela as Assistant District Registrars whereas not,”  the charge sheet read in part.

Kembabazi was remanded to Kigo Prison until January 6th  when the case will come up for mention.

Ethiopia’s Tigray food crisis: Who is telling the truth?