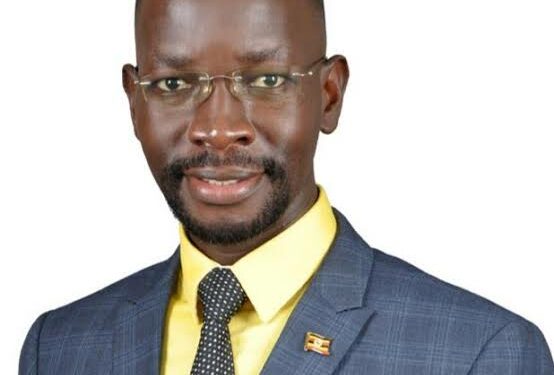 The Minister for State for Sports, Hamson Obua has called on legislators to support the sports sector with more funding.

Obua made the appeal while responding to Members concerns raised while paying tribute to the National Netball team, the She Cranes for their outstanding performance in the recently concluded Pent Africa Games held in Windhoek, Namibia.

“The budget is before this House and if the sports sector is given more money, we can do better. While we had little funds, the teams have made us proud; best in East Africa, sixth in the world. What would they do if we have more funds in sports?” he asked.

He added that, ‘hard times do not create heroes but it is during the hard time that the hero within us is created’.
“Heroes in the sports sector are going through this phase. We have submitted a budget that will total to Shs96 billion. Let us rally behind them so that our sports men and women continue to make us proud,” Obua added.

Oyam District Woman Representative, Santa Alum Ogwang earlier moved a motion to pay tribute to the She Cranes for their outstanding performance, despite the little funding awarded to them.

“Parliament needs to reaffirm its earlier pledge to improve and increase the annual budgetary allocations to the sports subsector in order to adequately facilitate and develop sports,” she said.

Alum added that Uganda needs to invest in training officials who can train the sportsmen and women of Uganda.
“We lack umpires and coaches. I am certain that there is talent in sports, especially among the youth. If we can have coaches who can identify talent at a young age, then they would emulate the example set by the She Cranes as an accomplished team,” she added.

Nakaseke District Woman MP, Sarah Najjuma who seconded the motion said that there is unfairness during the allocations of funds to the sports sector.
“It is quite unfortunate that football is always allocated Shs10 billion which is deposited straight into their account. The netball federation is allocated only Shs120 million annually and this money has never been received,” she said.

Najjuma added that the Minister for Sports should follow up on the promises that were been made by the President in 2017.

“The She Cranes emerged the African champions and as has been the practice, the President did promise them Shs10 million each which was never fulfilled. Is it because it is a women’s team?” She asked

Bukomansimbi South MP,  Geoffrey Kayemba Ssolo said that the sportsmen and women have taken Uganda high but their budgets need to be adjusted upwards to motivate the players.
“Being the sixth best in netball is a great achievement. The budget we are dealing with is too small to handle the 51 different federations,” he said.

Persons with Disability Representative Mpindi Bumali said sports in Uganda is not considered as important yet it is the one thing that was flying the Ugandan flag high.

“Various motions are brought to the House, resolutions made but nothing has been done. In the 2014 paralympics, we needed funding but we never got it despite the fact that we were training without allowances,” he said.

Budiope East MP who is also the President of the Uganda Football Federation, Moses Magogo said the budget should be increased to Shs100 billion to help the different sports fraternities.

“Netball is a sport for both men and women, and so is football; and both have national teams. The Shs10 billion that FUFA gets goes to the National Council of Sports and is ring-fenced.

Nonetheless, why can’t the ministry ask for a budget of Shs100 billion to cover all the fraternities?” He said.

The Leader of the Opposition, Mathias Mpuuga said that it is time to support sports as a whole.

“We need to invest in regional sports arenas. The land grabbers have threatened and we need to invest on this land by developing it. Let us make provisions for various sports disciplines and not just football,” he said.

Speaker Jacob Oulanyah who chaired the House said Uganda needs commitment to see this through.

“It is only by the Grace of God that we shall accomplish. We are missing our own commitment, so let us inspire ourselves to do better for this sector to grow. Let us act,” Oulanyah said.