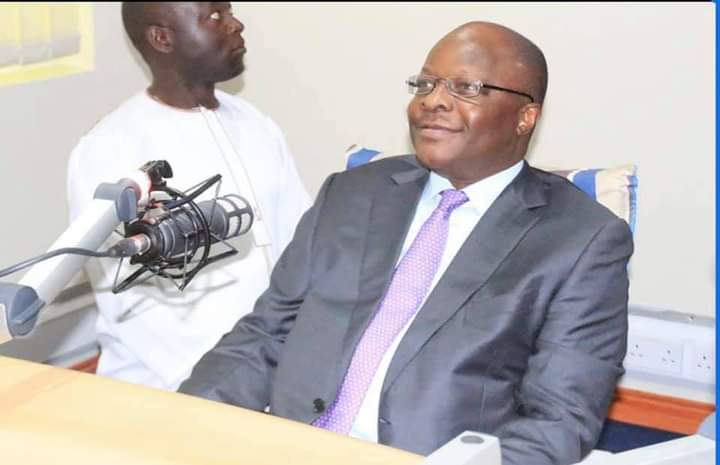 His Majesty the Kabaka of Buganda Ronald Muwenda Mutebi II has been applauded over his efforts in supporting  government’s program of vaccinating Ugandans against COVID-19.

The mass vaccination efforts by the government have witnessed a commendable boost over the last couple of days following Mengo’s intervention in rallying subjects to embrace the drive.

President Museveni’s Deputy Press Secretary Faruk Kirunda commended the Monarch for his support in the efforts of the government through setting up a vaccination center at Bulange Mengo- the Kingdom Headquarters.

According to Kirunda, the move by the King is a great example that should be emulated by other persons and institutions of great influence if the country is to defeat the pandemic seamlessly as a way for paving way for the full reopening of the economy.

“Great thanks to his Majesty the Kabaka for supporting Gov’t’s Covid19 Vaccination drive by setting up a vaccination center at Bulange Mengo. A great example to emulate. Working together, we can rid Uganda of the pandemic and fully reopen the economy.” Kirunda tweeted on Monday.

During President Museveni’s most recent update to the country on the pandemic, January 2022 was given as the date for the full reopening of the economy.

Although the Head of State said the reopening would not be subject to vaccination, he stressed the rationale of having at least 9 million people vaccinated, with at least 23 million jabs expected by the end of the year.

On concerns that the public was shunning efforts to take the jabs, Museveni said it was only so because they were not sufficiently mobilised and sensitized, a role he asked Resident District/City Commisioners to take up seriously.