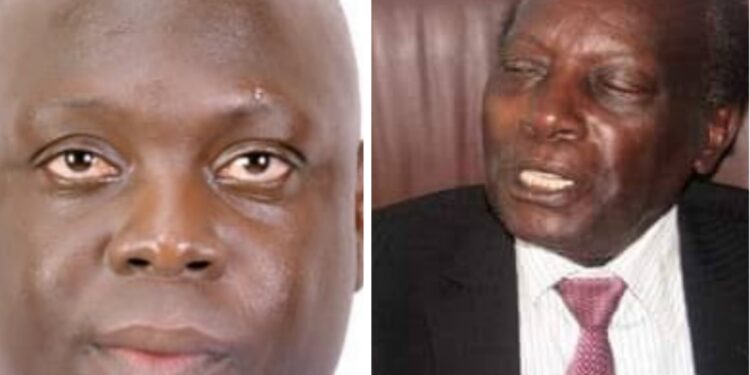 As a senior citizen, with adequate knowledge and experience in the legal field, Kirunda says he is disappointed that Kanyeihamba chooses to side with the offenders while disregarding the plight of the victims.

Other than fighting so hard to prevent the president from expressing his views following the right procedure, Kirunda advises Kanyeihamba to rather try to engage parliament to prevent it from allowing the bill through once it is presented there.

“Justice Kanyeihamba’s case is premature, speculative and misleading. Justice is not one sided. We need to balance the rights of the victims and those of the suspects,” the DPPS said in a Wednesday statement.

“You cannot stop the president to express his views for as long as he is following the right procedure. Justice Kanyeihamba should instead engage parliament than running to court prematurely,” he added.

Kanyeihamba, on Tuesday filed the lawsuit before the Constitutional Court, against the President, Attorney General , and the ruling National Resistance Movement (NRM) party for “threatening to violate the fundamental laws of Uganda and intending to alter the constitution.”

“Following the actions of the first respondent (Mr Kiryowa) and second respondent (Mr Museveni) to this petition, the right to bail application and release on police bond is hereby, threatened and likely to be violated, thus undermining the supremacy of the constitution.” reads Kanyeihamba’s law suit in part.

Kanyeihamba says the legal action is to prohibit “Y.K Museveni Tibuhaburwa, the National Resistance Movement party and its organs, Attorney General and his agents from altering article 23 and the Police Act or any provisions of the international agreement or protocols relating to the right for bail application, the hearing of which is in itself an absolute right guaranteed under the chapter 4 and article 23 of the constitution.”

Museveni recently renewed his longtime push to scrap bail for capital offenders saying its a provocation to the victims.

Consequently, Kiryowa tabled a memo before the Cabinet about two weeks back, seeking to amend the Constitution and the Police Act making it difficult for judicial officers and police to grant bail and bond respectively.

Attorney General Kiryowa Kiwanuka
Kiryowa is also seeking changes to Article 23(4) (b) and Section 25 of the Police Act, both of which require a suspect to be released on police bond if not charged in court within 48 hours.

Therefore, Kanyeihamba now wants a court order, stopping the Attorney General, President Museveni and any other person or group of persons from any such actions that threaten the right to bail and release on police

Armed robber gunned down in Mbarara

DENIS JJUUKO: How will you sustain your house during retirement?

DENIS JJUUKO: How will you sustain your house during retirement?