by Mourice Muhoozi
in News
15 0 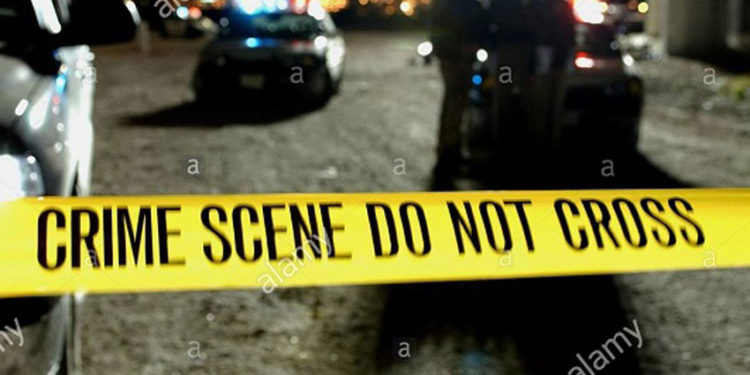 Disaster has today morning engulfed the home of a Ugandan army major, after his house was set ablaze by suspected arsonists in Kazinga, Nansana Municipality, Wakiso district.

It is said that all nine occupants of the house survived with severe injuries, after being rescured by the locals.

Major Muteezi Emma who works with the Chieftaincy of Miltary Intelligence (CMI), an investigative wing of the UPDF, was inside his house, together with his family members asleep, when attackers struck at about 3:00 am early morning.

It is believed that the assailants set his house on fire with the aiming of finishing him, together with his family members.

Residents in the neigbourhood told this Website, that attackers first sprayed chloroform inside the house, then incircled it with petrol before setting it ablaze.

“These killers wanted to burn him, with his family. His family members could not make an alarm, neither could they do anything to save themselves because they had been overpowered by chloroform,” said Mukunzi Moses, a chapatti maker in that area.

Nansana Kyebando councillor Mr. Sambwa Cyrus said locals were forced to break into the house, to rescue people who were on the verge of death and extinction.

“The lucky part of it and why we are thanking God is that all the nine people who were inside the house are still alive, though they sustained injuries. Emma is an investigative officer in kampala. From the CCTV footage we are analising with the police, it is clear that they first sprayed chloroform into his house, because people who saved Emma picked him from the ground, when he was unconscious,” remarked Mr. Sambwa.

The head of Anti Fire Brigade Police in Kampala Mr. Joseph Mugisha, said they were able to extinguish the flames in a short order, and that they have launched investigatings into the matter, to establish the real people behind this malcious act.

“We reached the scene, extinguished the fire and saved the home. We were called on time………and we managed to save lives and the home but we still dont understand the genesis of the fire. We were able to put out the flames and the home was saved,” said Mr. Mugisha.

Nansana Municipality has in the past days been deadlocked by organised crime like armed robbery, kidnappings, targeted assassinations, sporadic theft etc.