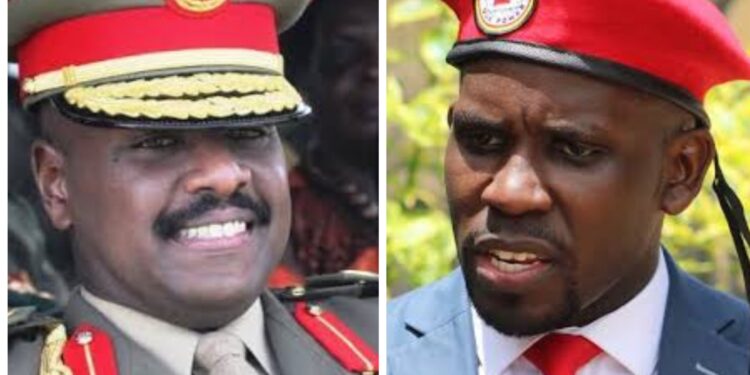 It all started early this week when Gen Muhoozi expressed readiness by the Ugandan army to take on and overthrow the military regime that recently took over the government of Guinea following a coup de-tat against President Alpha Conde.

The First Son said if their Commander in Chief President Yoweri Museveni gave them instructions, it wouldn’t take UPDF a day to deal with the coup leaders in Guinea.

If our Commander in Chief gave us instructions it wouldn’t take UPDF a day to discipline mutinous troops like the ones in Guinea-Conakry.

Following Muhoozi’s tweet, Ssenyonyi lashed out at the former telling him to first deal with the real killers of Masaka people before poking his nose in the affairs of another country.

“Daddy’s boy, on another day I’ll remind you about how your Daddy took power. For now though, first capture the real killers of the people in Masaka and deal with insecurity in Karamoja and elsewhere before you get excited,” Ssenyonyi who is also the Nakawa West legislator said.