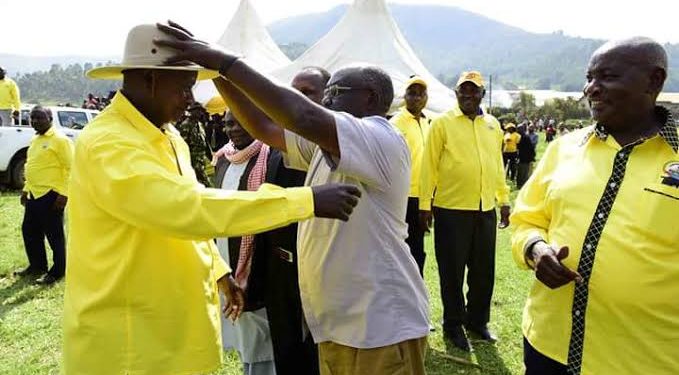 The outspoken Priest of Kabale Diocese, Rev.Fr Gaetano Batanyenda has criticized Ugandans, who normally demand President Yoweri Museveni to rule Uganda for life. He described them as bootlickers.

Known for his honest political views, Fr Gaetano said only bootlickers, who see Museveni as god want him to rule as long as they continue eating his money.

“Those are the bootlickers who see Museveni as their god. They think that withbno Museveni, they have no life. Very unfortunate, ” Fr Gaetano said.

Fr Gaetano, who’s also the parish priest of Kitanga Catholic Parish in Kabale Diocese, described such people as enemies of Uganda and Museveni himself, who don’t love him but his handouts.

The out spoken priest was talking to our reporter on Thursday in Kabale town.

Fr Gaetano’s remarks come at a backdrop of President Museveni’s last week comment where he said that his son Lt Gen Muhoozi Kainerugaba doesn’t need to be groomed by him to become Uganda’s next President.

In an exclusive interview with France 24’s Marc Perelman at State House Entebbe, President Museveni asserted that Muhoozi’s fate can only be decided by the people of Uganda who cast their vote through free and fair general elections.

DENIS JJUUKO: What makes houses in Uganda so expensive