by Mubiru Ivan
in National, News
32 1 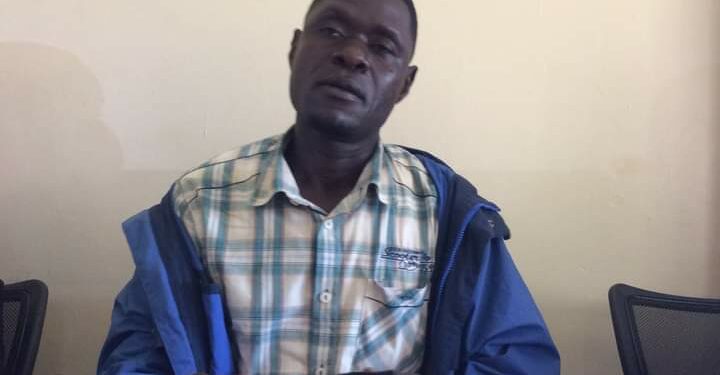 Geoffrey Oloya, the first recipient of the Shs100,000 Covid-19 relief cash has been arrested.

The development comes a few days after Gulu City officials told Members of Parliament that they don’t know Oloya and the phone number that he used to receive the money has since been off switched off.

Last month, it was discovered that Oloya was never a boda boda rider as he had claimed before recieving the relief cash as a ‘vulnerable Ugandan’.

After imposing a second lockdown in June, government through the Office of the Prime Minister said it was to give Shs100,000 cash relied to each vulnerable Ugandan.

On Thursday 8, July, 2021, the Prime Minister, Robinah Nabbanja officiated at the launch of the disbursement exercise for the funds. After sending money to the first beneficiary, Nabbanja telephoned him to confirm whether he had recieved the cash package.

“This is the Prime Minister of Uganda, have you received the money?” an excited Nabbanja asked before Oloya responded on the other side of the line, “Yes, I have received sh102,425.”

“What do you do?” Nabbanja asked Oloya, who said he was a bodaboda rider in Gulu city.

“The sh2,425 is for withdrawing the money,” Nabbanja said, before she called other numbers of the beneficiaries selected randomly to confirm whether they had received the money.

Unfortunately, many of the phone numbers were either off or busy.

However, more than a month later, it was discovered that Oloya has never been a boda boda rider; he just impersonated as one to benefit from the government program.

According to Nile Post news website, the Public Accounts Committee on Local Government confirmed that Oloya has never been a bodaboda rider.

The Boda Boda Association of Gulu City has since distanced itself from such person known as Oloya, while the Public Accounts Committee on Local Government headed by former Gulu District Chairperson Ojara Martin Mapenduzi has discovered that Oloya is an assistant to the Town Mayor.

“The people who were sent to register did their job but when it reached data entry, names were changed, they brought in people whose identity is not known. Some of them were made to be Boda Bodas, others made to be drivers when they are actually not,” said Mapenduzi as quoted by Nile Post.

The Committee also discovered that money meant for vulnerable groups ended up in the hands of LC III chairpersons, former Division Mayors, politicians, councillors and staff in council offices where the whole data compilation was fraudulently hijacked.

Nakut Faith Loru, the woman MP for Napak District and member of the committee also expressed dismay at the actions of the Gulu District administration.

“This is not the Gulu I knew, it is sad to find out that the people who actually benefited from the relief fund are not the people who should have. It is really painful,” Nakut stated.