PROFILE: Who is Dr Peter Kimbowa, the new Chairman of NSSF board of Directors? 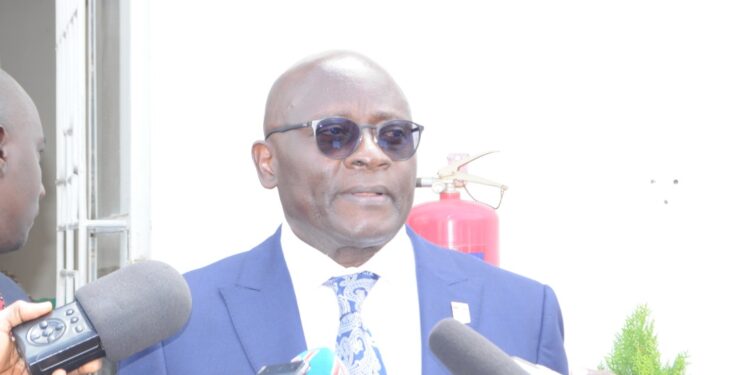 The Minister of Finance, Planning and Economic Development Matia Kasaija on Wednesday appointed Dr Peter Kimbowa as the new Chairman for the 12th Board of Directors of the National Social Security Fund (NSSF).

Dr Kimbowa, who is also the Team Leader at the CEO Summit Uganda – a private sector Think Tank, Managing Partner at IFE Consultants Limited and an award-winning Business Leader, replaces Patrick Byabakama Kaberenge, whose term expired on August 31, 2021, after serving for the last six years.

The NSSF Managing Director Richard Byarugaba will continue serving as the only executive member of the 12th Board.

Who is Dr Peter Kimbowa?

Dr. Kimbowa is a known Ugandan business executive who is the Chairperson of the Human Resource Committee (HRC) at Eskom Uganda Limited. He’s the team leader CEO Summit Uganda and is an Executive Coach, Internationally certified trainer, speaker, consultant and author.

Dr Kimbowa is a founding Director of the League of East African Directors (LEAD). He is an adjunct faculty member Strathmore Business School, a founding member Association of Management Consultants of Uganda (AMCU) and Uganda Coaches and Mentors.

He is also a co-founder and Managing Partner IFE – a Leadership and Management Development consulting firm and also an Associate of National Academy of Sciences as well as American Management Association. Kimbowa is also the Board Chairman of the Transport Management Company (TMC) and Solace Ltd/Liberty Life – The pioneering funeral service insurance company.

Kimbowa was awarded the Best Professional Man of the year by the British Council and Management Forum in 2005 / 2006. As part of his community service; he is a Rotarian, a Major Donor and Past Assistant Governor (2013/2014) in the Rotary District 9211 whose jurisdiction covers Uganda and Tanzania.

In 2020, Kimbowa was named as one of the ‘101 Most Fabulous Global Coaching Leaders’ by the World Human Resource Development (HRD) Congress.

As part of his community service; he is a Rotarian, a major Donor and a Past Assistant Governor (2013/2014) in the Rotary District 9211 whose jurisdiction covers Uganda and Tanzania.

He served as a District Public Relations Officer and he is the Rotary District 9211 Treasurer for the year 2017/2018.

Lwasa’s wife Angel confesses love for hubby despite his ‘disability’