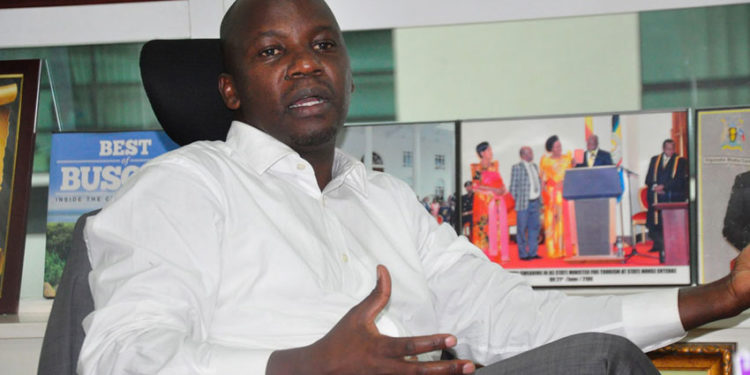 The former state minister for Tourism Wildlife and Antiquities Godfrey Kiwanda Suubi is not happy with the way the Ministry of Gender, Labor and Social Development is taking over the role of Ministry of Local Government as far as Covid-19 relief fund is concerned.

The National Resistance Movement (NRM) Vice-Chairperson in charge of the Buganda region said over the weekend  that the way Betty Amongi, the new minister of Gender is handling the issue of relief money is not pleasing at all since she has sidelined the local government ministry which has all the data and statistics of the right people who are supposed to benefit from the program.

“As NRM leader, it is not good to see the ministry of Gender taking over the duty of the local government ministry yet it has no structures that facilitate the smooth running of this exercise. That is why we are having a lot of confusion. They made us think that they have the capacity that explains people’s flow of earnings and expenditures which is not true because they don’t have it,” Kiwanda said.

“It would be good if Local government handles this because it has structures up to the lower village levels. Yet in the Gender Ministry, the lowest officer is the Community Development Officer (CDO) who controls the entire district. Therefore, the only ministry with all the structures from the top-level up to the village is the Local Government. Secondly, local government has leaders up to the villages level and they know very well who is supposed to get this money,” he said.

Kiwanda further noted that using town clerks by the Ministry of Gender is not an authentic method since they dont know the local people yet local chairpersons are living with them and they know them very well.

Last month, the National Covid-19 task force team led by the Prime Minister Robinah Nabbanja announced that  government was to give out cash tokens to people who have been affected most by the second Covid-19 lockdown.

She said over 500,000 families would receive Shs100,000 each. The distribution is expected to start on Thursday 8 June.