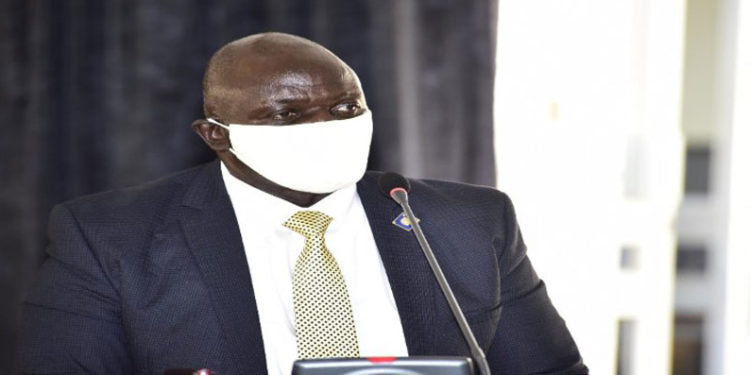 Two suspects have been charged with the attempted murder of Works and Transport Minister Gen Edward Katumba Wamala.

The two- Ssembuba Husein Ismail and Nyanzi Yusufu Siraji  were on Monday charged with two seperate counts of murder and two accounts of attempted murder.

The Nakawa Chief Magistrate however didn’t allow them to plead to the charges since they face capital offences that can only be tried by the High Court.

On June 1, Gen Katumba was shot and injured in Kisaasi, a Kampala suburb, by plain clothed assailants, who were reportedly riding on motorcycles.

One of the supects, Yusuf Siraje Nyanzi was in 2017 charged with the murder of AIGP Andrew Felix Kaweesi, his bodyguard Kenneth Erau and driver Godfrey Mambewa before released on bail.

Nyanzi was picked up last week by security on suspicion to have been part of the assailants who on June 1 attempted to kill Gen. Katumba Wamala.

Uganda: LIST of labour export companies whose licenses have been cancelled

Uganda: LIST of labour export companies whose licenses have been cancelled