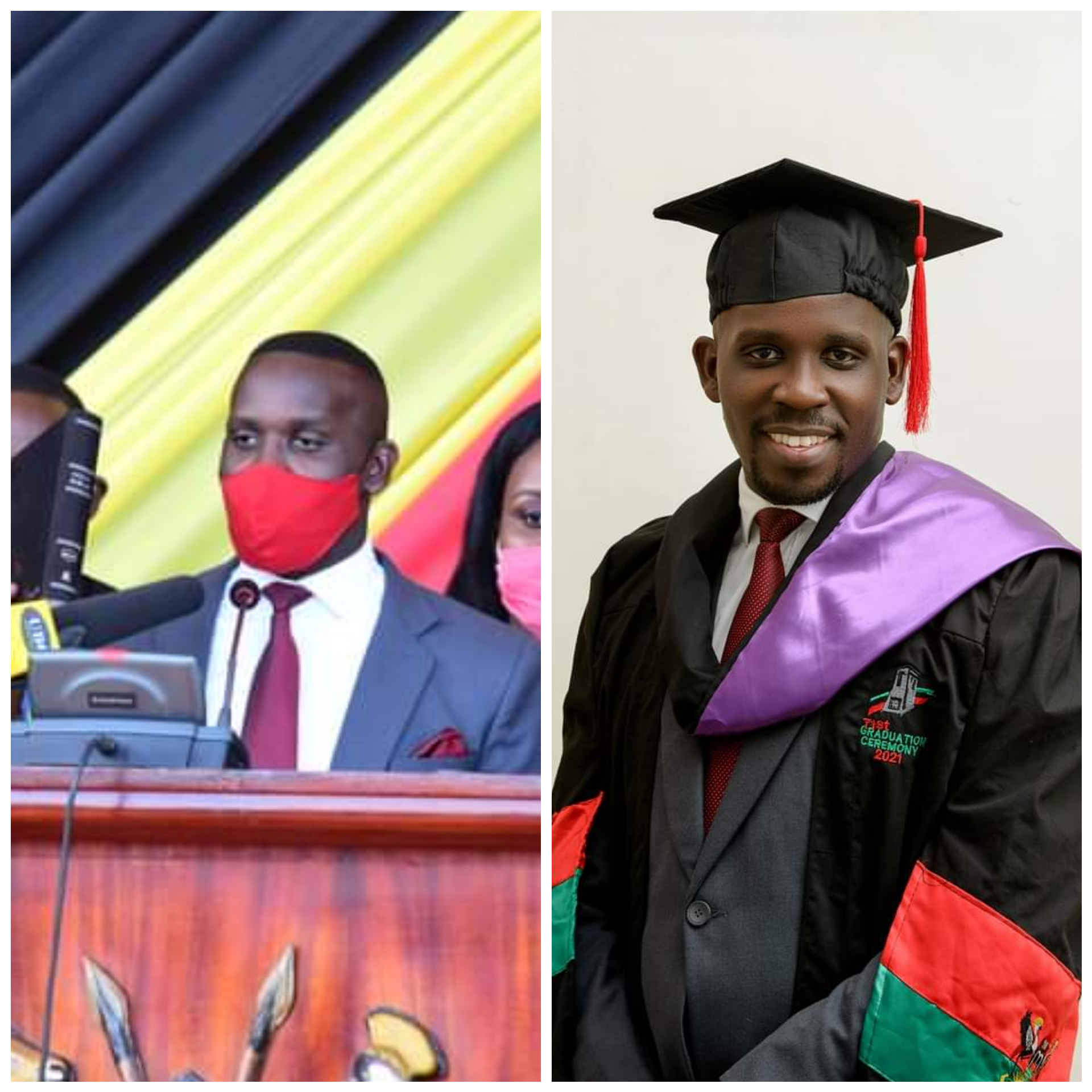 Despite his boss Robert Kyagulanyi missing out on the presidency to President Yoweri Museveni, National Unity Platform [NUP] Publicist Joel Ssenyonyi will still have a lot to write home in achievement about this year 2021.

A part from his Jan 14 victory in Nakawa, the former NTV News Anchor was on Monday sworn in as a Member of Parliament for Nakawa West to the eleventh parliament.

At the same time, he received his law degree from Makerere University after successfully completing four years of study at the prestigious institution.

Later on in the day, Ssenyonyi took to his social media platforms to break the good news to his followers and the country at large, noting that he will use the two platforms to fight for justice.

“Today I’ve become a Lawyer after graduating from Makerere Law School. The 4 years were tough, having to juggle law school with many other aspects of my life, but God has been faithful. Later in the day I was sworn in as MP-Nakawa West. May God help me to use these two platforms to fight injustice.” He said.

We have never agreed that Kadaga should be Speaker for only 10 years! Oulanyah left in tears as CEC trashes 2016 agreement fallacy