Nankabirwa is good at creating wars in NRM! MP Ssekikubo curses Gov’t Chief Whip for not taking him for ‘tea’ meeting in State House

by Stephen Kalema
in News, Politics
34 0 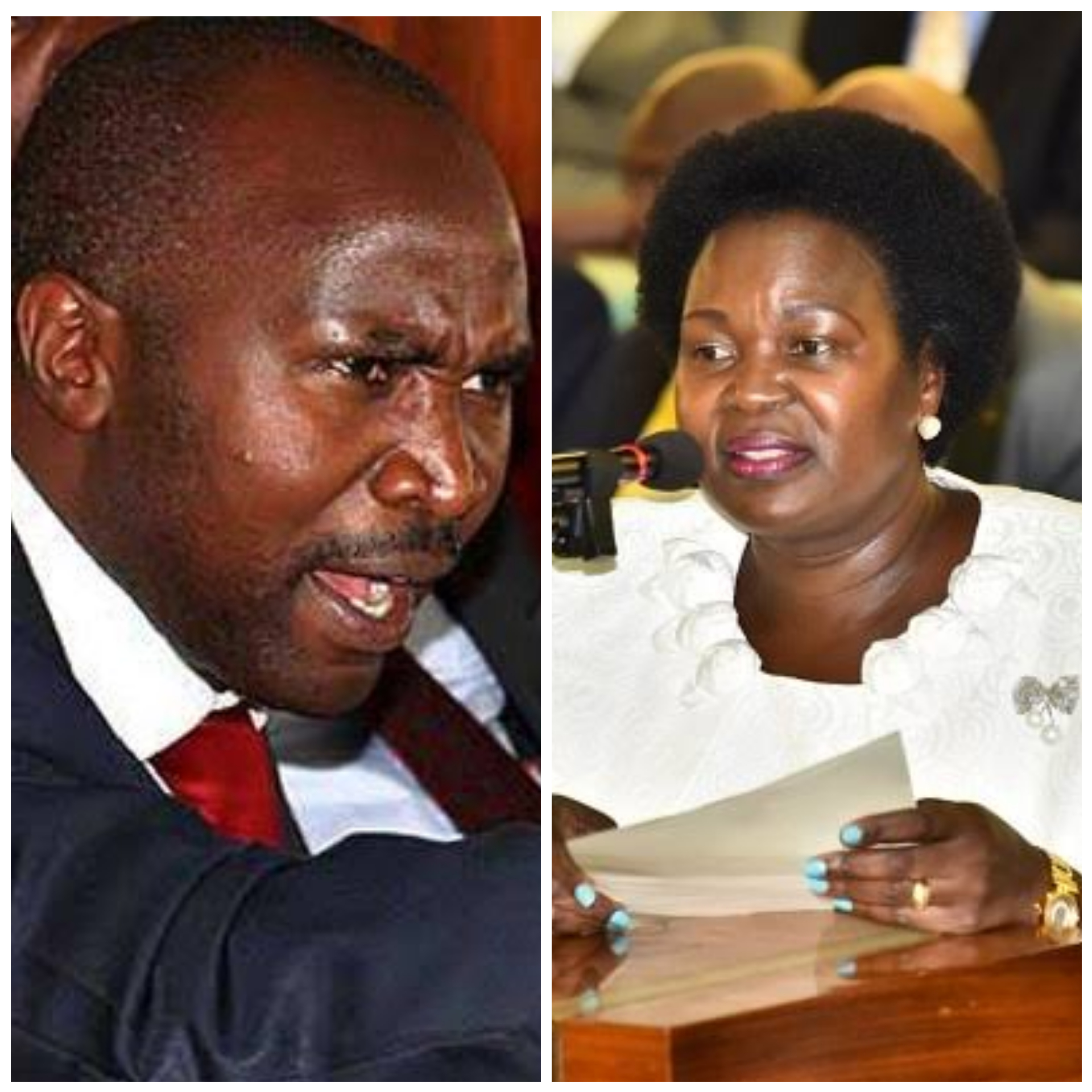 Lwemiyaga County Member of Parliament Theodore Ssekikubo has revealed that the invisible hand behind the formation of factions within the National Resistance Movement (NRM) is the government Chief Whip Ruth Nankabirwa.

Ssekikubo who is also contesting for the office of Deputy Speaker told this website that the outgoing Kiboga woman MP is good at dividing party MPs which is dangerous especially in such a time when a lot is going on within the party on who should the party second on the post of of Parliament Speaker and Deputy.

The legislator’s claim follows Nankabirwa’s action of not considering him as one of the Deputy Speakership post contenders.

Last week, Nankabirwa as the government chief whip mobilised all NRM MPs vying for the posts of Speakership and Deputy Speakership to meet President Yoweri Museveni.

However, in this meeting, Ssekikubo was left out, an issue that left him wondering why Nankabirwa left him out yet he showed interest in the Deputy Speakership post before even some of the members whom she took to State House.

Ssekikubo alleges that because Nankabirwa is good at creating factions, she secretly consulted the few leaving him out yet she was supposed to issue an official statement calling every member of the party that has the interest to contest on one of the two offices.

“Nankabirwa has always created groups such as; those who supported age limit, Kyankwanzi and those that supported OTT. For her, she is good at that. However, this is against the party constitution because we believe in unity. The office of Speaker and Deputy Speaker is a big issue, if the party head wants to meet contenders why can’t she issues an official statement or calls us. Why does she call some people secretly and leave others out? This is the root cause of clashes in our party. There is a lot of betrayals, compromise and conspiracies in NRM,” he said.

On the orders by the party chairman banning campaigns for both offices by NRM members, Ssekikubo said that he will continue to conduct his campaigns since he was not called and he is not aware of any instructions.

“We shall go ahead with our campaigns, those orders work on those that attended the tea meeting but not me.”