Tired of being treated as foreigners, Banyarwanda in Uganda move to rename tribe to ‘Abavandimwe’

Mr Gashumba said that in the coming days, they will be consulting fellow Banyarwandas around Uganda on the matter of changing their tribe name.

by Mubiru Ivan
in National, News
26 2 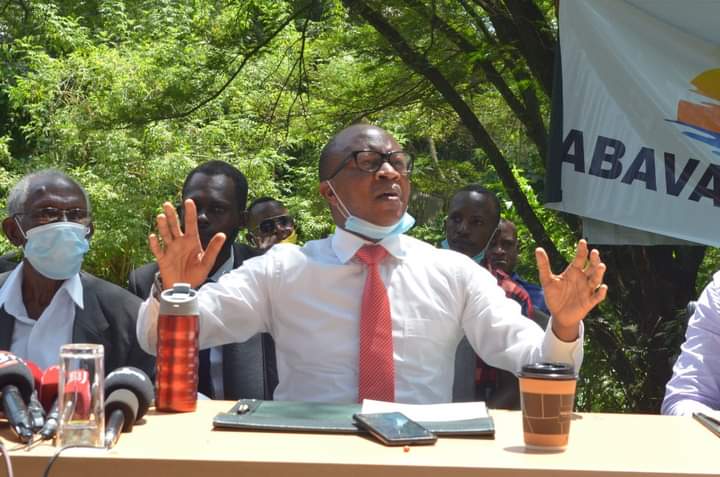 The Banyarwanda in Uganda have revealed that they are considering renaming their tribe to ‘Abavandimwe’.

Addressing the media on Monday in Kampala, the Banyarwanda under their Council of Abavandimwe noted that due to the mere fact that their tribe name (Banyarwanda) links them to a neighboring country, they are oftenly mistaken or categorised as foreigners yet they Ugandans.

“Fellow Ugandans, right from the 1900 national census done by the British Colonial Government, it should be clear to all young generations and all those who may not be aware that the Banyarwanda have always been part of this country’s indigenous tribes; a fact that is indeed not known to so many people,” said Frank Gashumba, a leader at the Council of Abavandimwe.

” By the mere fact that the name of our tribe links us with the neighboring country, we are often times mistaken or categorised as foreigners. However, there are those who deliberately use this as a weapon of segregation against our kind.”

Mr Gashumba added that overtime the flagship name ‘Banyarwanda’ has led to their segregation and treated like non-Ugandans.

” Much as this country is with no contention, globally acclaimed for welcoming foreigners and refugees, making it the country with the second largest concentration of refugees in the world, this should not in anyway, make some people de-alienate its own fellow citizens, thinking they are foreigners,”he noted.

” This is one reason, in our briefing today, where we are proposing to the fellow Banyarwanda to kindly consider re-naming our tribe as ‘Abavandimwe’.”

Mr Gashumba said that in the coming days, they will be consulting fellow Banyarwandas around Uganda on the matter of changing their tribe name.

” We will come to you for consultation, on this matter and will today explain in detail why we are making this appeal, for the betterment of these 11 million Ugandans, who are currently known to be of the Banyarwanda tribe, as per our Ugandan Constitution.”

He said they propose ‘Abavandimwe’ since it is steeped in the rich tradition of ‘Ubuvandimwe’, which celebrates the bond of brethren.

Mr Gashumba says that due to the name of their tribe, members are being denied access to the National Identity Cards and Passports, which are some of the most important documents that every Ugandan should and must have.

“Unlike our fellow Ugandans, our tribe is being systemically locked out of the economy and public service of this country. Some of us cannot get phone sim cards, open bank accounts, acquire loans or even exercise our patriotic duty to join the police or armed forces.

“Our research shows that 80% of our young people who have at one point applied for passports to be able to travel and seek jobs (Kyeyo) abroad, go for treatment or for business, have been denied access, despite being citizens of Uganda.A case in point is Godfrey Rutagengwa, a Ugandan, born and raised in Kasiso Village, Kitale Parish, Namuganga Sub-county, Nakifuma County in Mukono District. He has a National Identity Card, and he recently voted in Uganda’s General Elections at Kajjansi B in Kitende; where he owns property. He has however been denied a passport and as a businessman, this has frustrated his businesses.”

Museveni: Why I have not taken Covid-19 vaccine