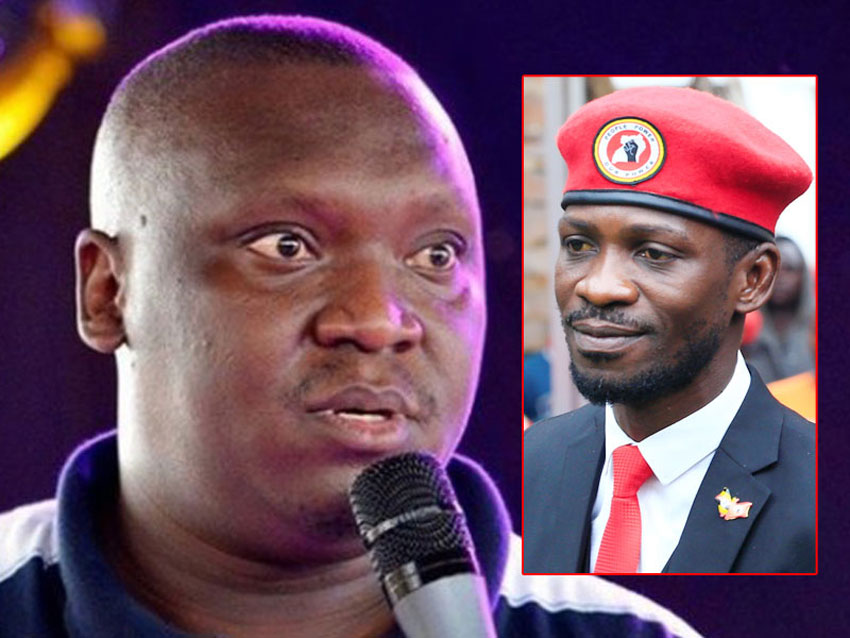 Comedian Patrick Salvado Idringi has asked government to set Bobi Wine and colleagues free as an indication that the just concluded presidential election was free and fair.

Bobi Wine real name Robert Kyagulanyi has been under house arrest since 14 January, 2021 when Uganda went to polls. On the other hand most of colleagues like Eddie Mutwe, Danny Magic , Nubian Li among others are still under detention since last year. They were arrested during campaigns simply because of their political affiliation.

Speaking about such kind of unfairness, Salvado said that even though he is a strong supporter of President  Yoweri Museveni, he does not necessarily agree with everything government does.

The comedian noted that the general treatment of opposition during the whole electioneering process has been appalling especially when it came to the mistreatment of former presidential candidate Bobi Wine.

“Supporting @KagutaMuseveni doesn’t necessarily mean I agree with everything his government does, the general treatment of opposition during the whole election period has been appalling, especially the treatment of @bobiwine – There hasn’t been any sensible reason Y @bobiwine or his colleagues are still under detention,” Salvado said in a Facebook post on Friday.

He added that it was sad and disturbing to see that injustice is cause by someone whom people have faith in.

“As 4 #FreeNFair elections. I’m sorry if we still think this can be achieved anywhere in Africa. It’s taken me time to share my feelings coz well whatever I tried to communicate was watered down by insults but at the end of the day I’m human & I know injustice #FreeDomIs4All,” Salvado asserted.