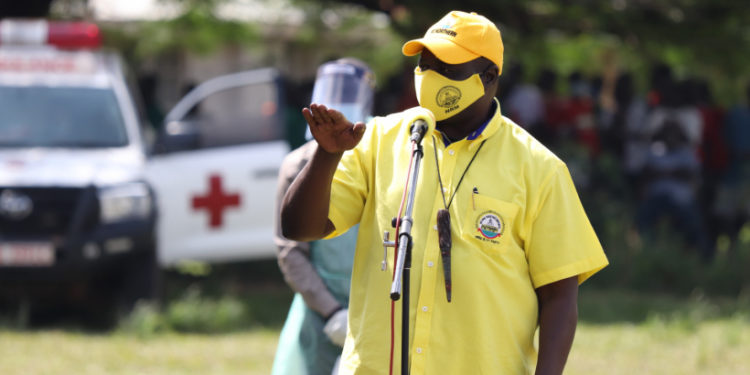 The Deputy Speaker of Parliament, who is also the NRM party chairman for Northern Uganda, Jacob Oulanyah has said the party was able to sweep votes for President Museveni in the north using the grassroot mobilisation strategy launched last year. Appearing on a TV talk show NBS Morning Breeze today, Mr Oulanyah explained how the village door-to-door outreach helped the party win massively for the first time in northern Uganda.

This is the first time the NRM polled such a percentage from the North which has been an Opposition stronghold. According to Oulanyah, this is attributed to the way the party utilised its structures in the region which he said were “unleashed” to mobilise voters.

Mr Oulanyah added that using the door-to-door strategy, the party was able to dispel the common lies that the Opposition used to compel voters in the region to vote against the NRM. He cited examples of politicians who have in the past told lies that government was out to steal the land in Northern Uganda. Oulanyah explained that in the door-to-door meetings, the party officials managed to sensitise the population on their land rights and convinced them that no one has the right nor intention to take away land from Ugandans. He also said that the population was sensitise on proper land use techniques to create wealth.

The NRM party launched the village mobilisation strategy in Novemeber 2020, following the Electoral Commission ban on campaign rallies. In December 2020, Ms Kasule Lumumba, the NRM Secretary General stated that the party had changed strategy for mobilisation and would channel all its resources to the grassroot structures. Party district officials were asked to open up accounts to which money was sent to facilitate the door-to-door mobilisation.

The party National Treasurer Rosemary Namayanja last week came out to affirm in a press conference that the party was assured of a landslide victory thanks to the door-to-door meetings. “I want to assure the NRM fraternity countrywide that we are set for Thursday stronger than ever before. We have witnessed the fruits in terms of mobilization like the village based mobilization strategy. We have seen the impact it has created in the villages but also working with the flag bearers,” Ms Namayanja told journalists ahead of the Thursday January 14 polls.

The NRM won 63 seats in northern region out of the 98 parliamentary seats. President Museveni also led in 117 out of the 146 districts and cities in Uganda.

SIMON KIMOYI: After Buganda Showing a Yellow Card to NRM; What Next?

PHOTOS: Here is the beautiful married woman who allegedly tempted Archbishop Stanley Ntagali to cheat on his wife

PHOTOS: Here is the beautiful married woman who allegedly tempted Archbishop Stanley Ntagali to cheat on his wife