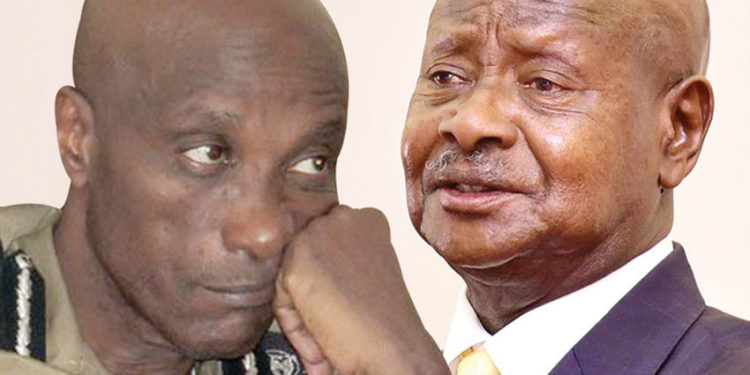 President Yoweri Kaguta Museveni on Monday won the hearts of NRM party leaders and his supporters in Kisoro District with a promise to pardon former Inspector General of Police Kale Kayihura. The President told a gathering of supporters at Saaza Grounds in Kisoro that he would speak to the Military Court to have charges against the former police boss dropped.

This came after leaders from Kisoro, where the NRM has enjoyed overwhelming support, asked the President to look into the charges against Kayihura. The leaders appealed that Kayihura is one of the biggest mobilisers for the party in the region.

The NRM presidential flag bearer returned to Kisoro to meet party leaders in the district who he asked to rally the people to vote for the NRM as the only party that can deal with Uganda’s problems.

The President who was speaking through an interpreter first explained to the party leaders and flag bearers from Kisoro why he had returned to campaign in the district in his last bend of the campaigns.

“We first organized two meetings for leaders for Kigezi in Kabale and Rukungiri. Since you speak Rufumbira which is not connected to Runyankore and Rukiga, we decided to have a separate meeting here in Kisoro,” the NRM presidential candidate said.

Museveni added that for over 60 years, the past governments, including the colonialists failed to extend services like electricity, better roads and water to Kisoro but noted that only the NRM was able to do it, despite leading the country for only 34 years.

“Before NRM came, electricity stopped in Kasese but areas like Ntungamo, Rukungiri,Kabale, Kanungu and Kisoro itself didn’t have power. You have talked of the Kisoro- Kable road which was tarmacked by the NRM where earlier governments had failed,” he said.

“Whereas there is competition between various parties, I can tell you that NRM is better than all other parties, I ask you to tell people to support NRM because it is the only with glasses to see Uganda’s problems.”

The President told the leaders that he was happy that Kisoro had listened to his gospel of wealth creation and has now been liberated, with over 70% of the people involved in commercial production.

“I am happy that 75% of the people are involved in commercial production. I can see new buildings and this shows there is some change,” he said.

The Kisoro leaders led by the district LC5 chairperson, Abel Bizimana told the NRM presidential candidate that they are ready to overwhelmingly vote for him in the forthcoming elections owing to the development the area has achieved.