Uganda which is already in electoral campaigns shall go to polls in January, 2021.

While launching the campaign on Thursday in Kampala, CECU Chairperson JJ Bakalikwira said civic education was very important if a country was to have a democratic electoral process.

He disclosed that as a coalition, they believe that to have a successful election, a country must have an informed society.

“A survey conducted by Democratic Governance Facility (DGF), only 27 per cent understand the content of the Constitution but the majority don’t know what it’s about. That shows that civic education is very much needed,” said Mr Bakalikwira.

Mr Bogere revealed that the campaign funded by DGF is aiming to build on the gains made during the dissemination of civic education information in the 42 districts which has been ongoing since April 2018.

“The Coalition has developed and produced harmonized information, Education and Communication materials which were approved by the Electoral Commission for use in voter mobilisation and sensitization,” he said.

“The campaign is going to be conducted through district based road drives, bulk sms, candidate debates, radio talk shows, as well as provide key voter education information through social media platforms. We shall also identify 18 key influential personalities to record audio and visual messages appealing to the public to come out and vote while maintaining peace.” 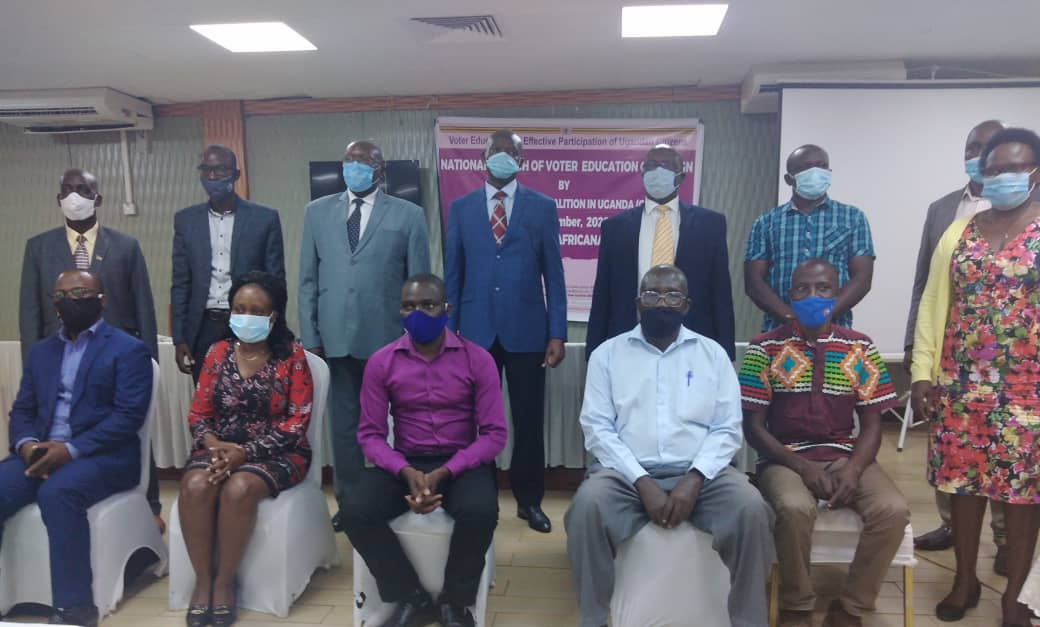 However, Mr Mulekwa said despite the broader context laid out by CECU to preach peace during elections, the Coalition should emphasize the issue of Covid-19 in such a dangerous period of campaigning.

“People have been talking about their rights to campaign but they forget about citizen responsibility to guard themselves by ensuring that they are safe from Covid-19,” he stated.

“I would like CECU to sensitize voters on their individual responsibilities. By the end of the day if government fails to protect them from the virus, they shift all the blame on it.Please appeal to the population, show them the dangers of gatherings.”

On the issue of not postponing elections due to Covid-19, Mr Mulekwa said as the commission they do not have powers to do so because the constitution is clear and it instructs them to organize elections within 30 days before term expiry of the current government.

“Many people blamed us for organizing elections in such a period but the constitution gives us no room for negotiations. We do what it tells us to do.”

A Pass demands MAMA Awards to remove Bebe Cool from their nomination list, gives reasons why