Besigye hits back at Muhoozi, reminds First Son he was a refugee 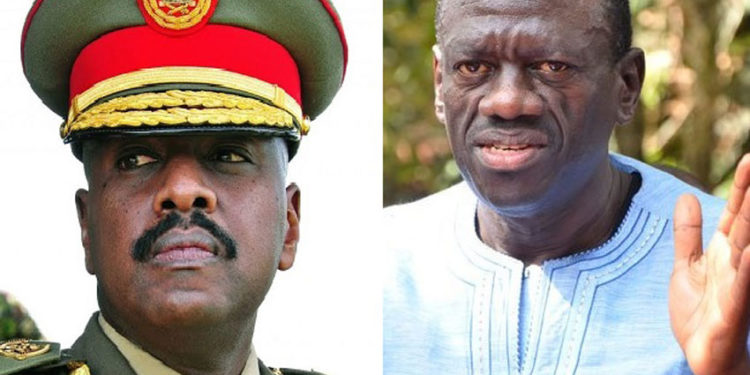 Muhoozi recently went to defend his wife again allegations his wife Charlotte and sister in law Ishtar, were involved in dubious procurement of covid-19 treatment essentials.
Referring to the two sisters, Besigye used the term, “royals” which incensed Muhoozi who asked Besigye to leave his wife alone. He wondered if Dr Besigye was a “royal” when he visited his family in Sweden.
Besigye, was once Museveni’s confidant and trusted personal doctor. He also knew Museveni’s family closely. 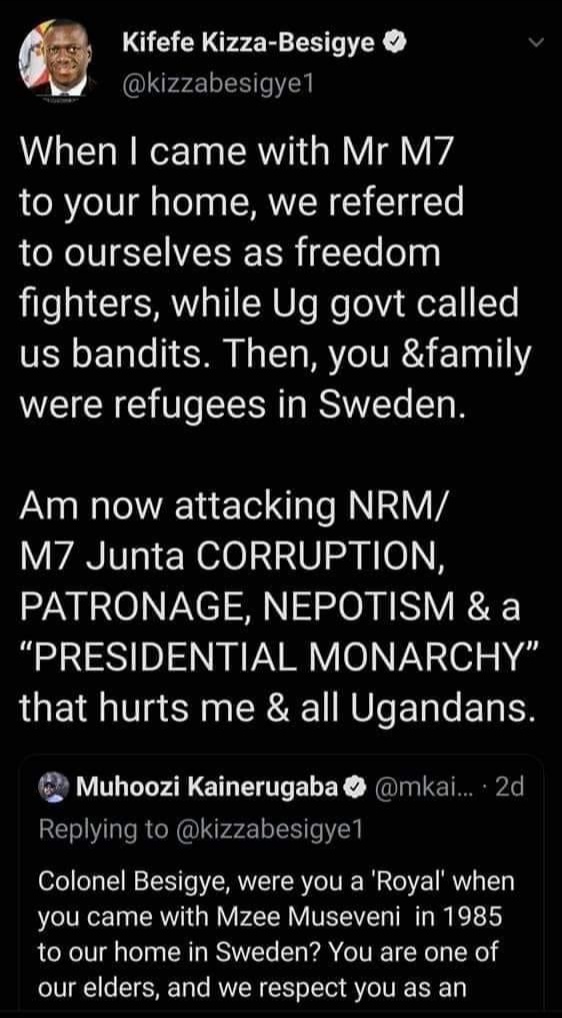 In response to Muhoozi, who was a child when Museveni and Besigye were in the jungles of Luwero fighting UNLA in early 1980s, the opposition stalwart reminded Muhoozi that he was “refugee” in Sweden because the politics in Uganda was bad. Contrary to a “royal” dig at Besigye, the former political commissar reminded Muhoozi that back in the days they were referring to themselves as “freedom fighters”. These fighters were meant to ensure people such as Muhoozi were not in exile or called refugees.
Muhoozi, whose father is president for the last three decades, is a three star general in UPDF. Besigye didn’t close the tweet behind reminding Muhoozi his current preoccupation is of dislodging his father “Am now attacking NRM)M7 junta, corruption, patronage, nepotism & a ‘presidential monarchy’ that hurts me & all Ugandans.”
Hope this fight ends here!

ASHRAF SIMWOGERERE: Dear General Otafiire, even Major Rurangaranga once said ‘Obote did not fight Amin to be ruled by Museveni a mere bandit’

ASHRAF SIMWOGERERE: Dear General Otafiire, even Major Rurangaranga once said 'Obote did not fight Amin to be ruled by Museveni a mere bandit'