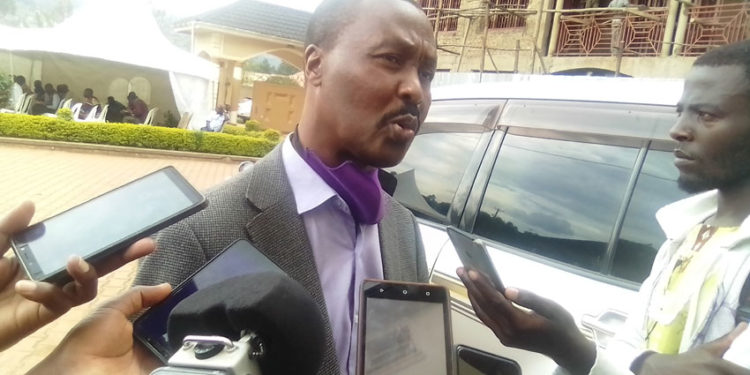 While addressing journalists after meeting ANT Delegates from Kigezi region at Heras Hotel in Kabale town on Wednesday,Muntu reacted on government’s proposal to construct a road in Democratic Republic of Congo (DRC).

MPs and a section of the public have objected to the proposal that will see over Shs200 billion in the supplementary budget earmarked for Uganda’s contribution to the construction of 223km of roads in the DRC.

Minister for Works General Katumba Wamala while addressing journalists on Tuesday explained that the road construction will not only boost trade between Uganda and the DRC but also enhance security. He added that they are currently looking at another proposal yet to mature, in which government will participate in constructing a road that will link Uganda through South Sudan to Ethiopia.

However, Gen. Mugisha Muntu said that the project proposals were being brought in bad faith with intention to steal from the taxpayers.

He said that the Ugandan government has a record number of corruption cases in regard to domestic infrastructural development, and therefore cannot be trusted with foreign road projects. He said the cost of road construction in Uganda is usually abnormally high compared to other road constructions with in Africa.

Muntu noted that government was using international trade relations as an excuse to blind tax payers into believing that the foreign road projects are being brought to benefit Ugandans. He wondered why it was only Uganda and not the East African Community regional Block that is interested in developing trade road links within the region.