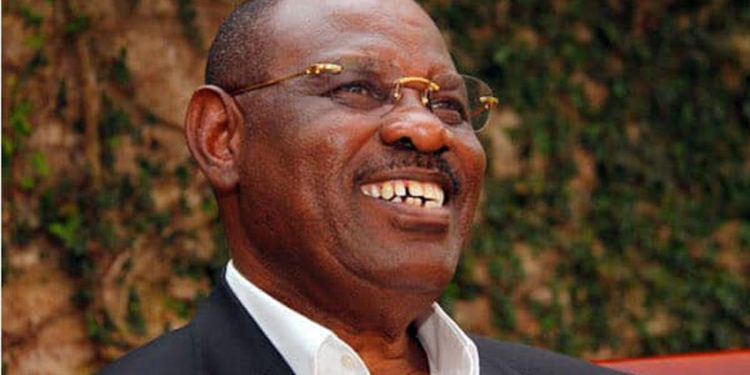 Kampala Capital City Authority extends its heartfelt condolence and empathy to the family of the late Al Hajj Nasser Ntege Sebaggala, former Mayor Kampala City (2006-2011) who passed away today. May his soul rest in eternal peace ,” KCCA said in a statement.

The news about his death was revealed by the late’s son Yusuf Sebaggala Bakuuba.

“Inna lillahi wa inna ilayhi raji’un we belong to Allah, and truly to Him shall we return! My beloved father Alhaji Nasser Ntege, has passed! Let’s all pray for him! Yusuf Sebaggala Bakuuba,” he tweeted on Saturday.

Sebaggala was early this month admitted to  IHK where he received treatment after getting an accident at his home.

It is alleged that deceased fell in his bathroom while he was taking a shower. His family members rushed him to IHK which immediately admitted him for special treatment.

One of his family members, said the former presidential candidate started by complaining of chest pain which in the end turned out to be serious sickness.

Born on 15 November, 1947, Nasser Ntege Sebaggala was a Ugandan businessman and politician who was Mayor of Kampala from 2006 to 2011. He was an independent presidential candidate in the 2006 general election before dropping out and joining the Kampala mayoral race.

Following the expulsion of Asians by Idi Amin in 1972, Nasser Sebaggala acquired a supermarket called UGANTICO on Nkrumah road the lower entrance to current CHAM towers an electronics and clothes store on Kampala Road, the main thoroughfare in Kampala.

His business interests grew over time. In 1998, he began his political career by running for the position of Mayor of Kampala. Ostensibly a member of the Democratic Party, Sebaggala won the first direct elections for mayor of Kampala in 1998, beating two government-sponsored candidates. However, he was arrested in the United States two months later, in June 1998, on eight counts of fraud and lying to U.S. customs officials.

In February 1999, he received a 15-month sentence but was paroled in December 1999. He returned to Kampala in February 2000 to a warm welcome and considered a bid in the 2001 presidential elections.

In mid-December 2005, he came third in the Democratic Party (DP) presidential primaries, which was won by Ssebaana Kizito, and registered himself as an independent. A week later, he reversed himself, withdrawing his candidacy and announcing his support for Kizito.  In February 2010, Sebaggala quit DP after losing the party’s presidential election to Norbert Mao during a delegates’ conference in Mbale, which he claimed was rigged.

He formed the Liberal Democratic Transparency (LDT) Party but later abandoned it to join the NRM to campaign for President Museveni during the 2011 presidential elections.

After the 2011 elections, Museveni nominated Sebaggala as minister without Portfolio but he was rejected by parliament’s Appointments committee. Shortly after, he was appointed as special advisor to the president.

By the time of death, Sebaggala had expressed interest to stand for Kampala City Lord Mayorship in 2021 general elections.