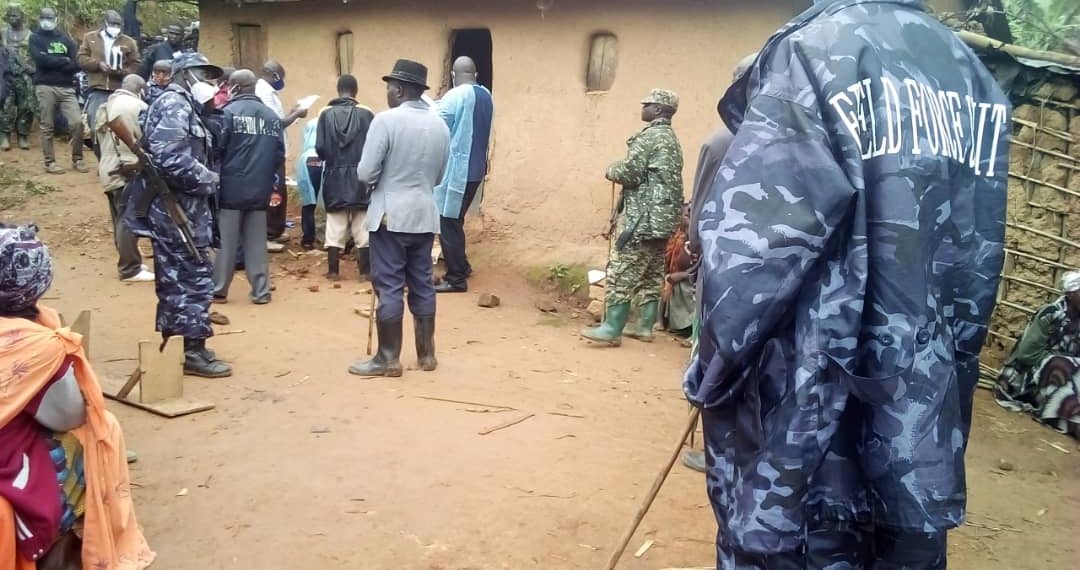 Police at the crime scene

Police in Kisoro District are hunting for a man who brutally murdered four family members on Thursday.

Gerald Ndikumukiza, 28, penned down a letter before he cut the four. In the letter, he noted in Kifumbira-Kinyarwanda language that “icyo mwashakaga mwakibonye” , meaning “you have seen what you wanted” .

The deceased are residents of Kageyo village, Busengo Parish in Nyarubuye Sub County in Kisoro district

Preliminary reports indicate that the suspect Ndikumukiza who is a resident of the same place got a panga and attacked the four people all his relatives who reside in the same place and cut all of them to death.

According to the Kigezi regional police spokesperson Elly Maate, the suspect is said to have arrived on Thursday from Masaka where he had been working as a casual laborer with his brother Habyaremye George.

The suspect reportedly has a history of mental illness.

This case has been registered at Kisoro police under file number CRB 558/2020.