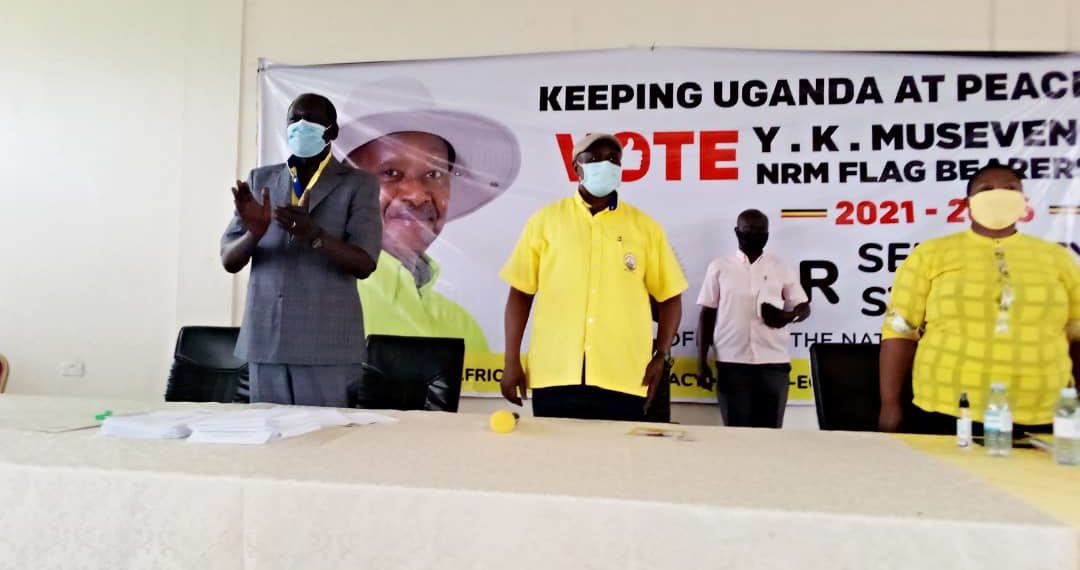 President Yoweri Museveni has commended the people of Acholi for fighting and defeating warlord Joseph Kony and the LRA rebels which paved way for a lasting solution to the insurgency that disrupted peace in the region for over two decades.

Museveni explained that it was their unwavering cooperation with the national army that made it possible for the government to eliminate the rebellion from the area, adding that it’s this kind of sacrifice that has seen the rest of Uganda blossom in peace.

“I salute you for fighting and defeating Kony, and weeding out lawlessness of the rebels from your area. It was due to your cooperation and desire for peace that dealt a blow the insurgency. The whole of Uganda is safe due to your sacrifice,” Museveni said in a message delivered by the Senior Presidential Advisor and Personal Assistant, Ms. Milly Babirye Babalanda in Gulu on Tuesday 15.

Museveni further remarked that he and his Government have no problem with Acholi but the only obstacle that was there was Joseph Kony and his LRA rebellion.

“Kony was just bad as an individual and hurt his own kinsmen but we defeated him. How would he have acted beyond?”

He expressed deep sympathy for Acholi for the numerous lives lost and general disruption of livelihoods during the insurgency and asked to observe a moment of silence to commemorate those that lost lives during the two decades war.
“May we stand and observe a moment of silence for those who perished at the hands of Kony and his lunatic rebels!…May their souls rest in eternal peace!”

He also reminded them that out of 34 years of NRM, 20 were lost in a state of war hence it’s now time to take charge and propel the region to catch up with the rest of the country as far as development is concerned.

“It took two decades to achieve liberation here. We should, together, work to recover the lost years and surpass ordinary targets in transformation.”

An emotional Museveni asked them to fully embrace the government’s gospel on prosperity and economic transformation since the war at hand now is that against poverty expressing unshakable belief in the people of Acholi to easily deliver victory on this particular front due to their energetic and committed nature.

“And it is very easy to win if Acholi, a well known energetic and passionate people, can listen to our gospel of prosperity. The good thing is that you still have land. Government is helping through Operation Wealth Creation (OWC) and other interventions in operation countrywide,” Museveni said.

General Museveni equally advised them to use the sugar factory (in Amuru) which is creating jobs and buying their sugarcane while paying taxes and the newly elevated Gulu city as a springboard for development by wooing both local and foreign investors. He also advised them to make use of Elegu border point in Amoru to tap South Sudan market.

“Use the Elegu border point to connect opportunities. Use the good road network to promote commerce. NRM guarantees peace and nobody will ever destroy the peace in Acholiland again. The opposition cannot help you at all in the new phase where you are now positioned”.

Going forward, Museveni appealed to the Acholi to vote NRM leaders at all levels who will connect directly with decision makers so as to tap resources for the area.

He noted the presence of children of Acholi in the central Government including the Deputy Speaker, Rt. Hon. Jacob Oulanya (who was chief guest the at training), the Chief Justice, Alphonse Owing Dolly, Deputy Secretary General of NRM, Hon. Richard Todwong and other prominent leaders hailing from here.

“NRM is for total reconciliation, unity and equitable access to opportunities to serve”.

Disaster Preparedness and refugees Minister Eng. Hilary Onek, who also graced the occasion implored his kinsmen not to lose focus due to the numerous lies from forces hostile to government intended to taint it’s image, asserting that it’s now time for the North to receive from government what they missed during the 20 years of unrest.

After the training, Babalanda commissioned the coordinators to comb the ground and mobilise for Museveni’s reelection in next year’s elections, challenging the to deliver a victory much bigger than than seen on the past occasions Museveni has been winning.

Police on a hunt for reckless driver caught on video