UPDF: We shall withdraw military escorts from politicians using them to settle political scores

by Lawrence Kazooba
in News, Politics
4 1 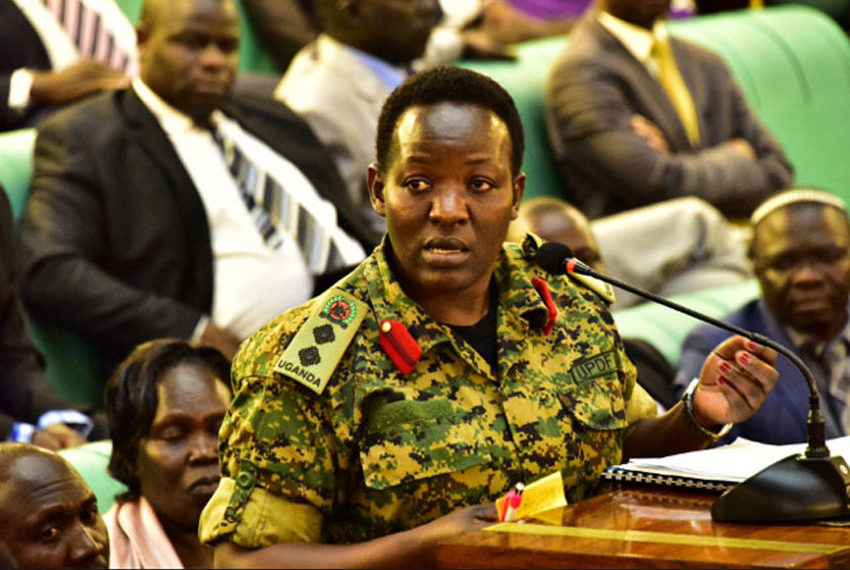 Uganda’s military has decided to recall its soldiers attached to politicians over abuse of privilege.

The Uganda People’s Defence Force (UPDF) has ordered its soldiers to staff away from taking political positions.

The army spokesman Brig. Flavia Byekwaso said MPs have turned military staff into tools of abuse, and committing atrocities, which will force the army into recalling its staff failing the test.

“UPDF leadership directs that its soldiers should not be misused and where this is found to happen, they will be promptly withdrawn,” Brig. Flavia Byekwaso said in a statement, adding that, “It has come to our notice that many members of Parliament across the political divide who were given military escorts for their personal security in the wake of armed criminality last year have started misusing these soldiers in the current political season.”

Brig. Byekwaso added that “This is contrary to the reason they were assigned and is likely to involve them in compromising yet unnecessary and avoidable violence between the contending political groups.”

She warned military officers caught in illegal activities would be recalled and punished.

“The contenders for political office should not involve and/or misuse these soldiers and policemen, who were assigned purely, for a different and clear purpose of ensuring the personal security of the members of Parliament.” She said.