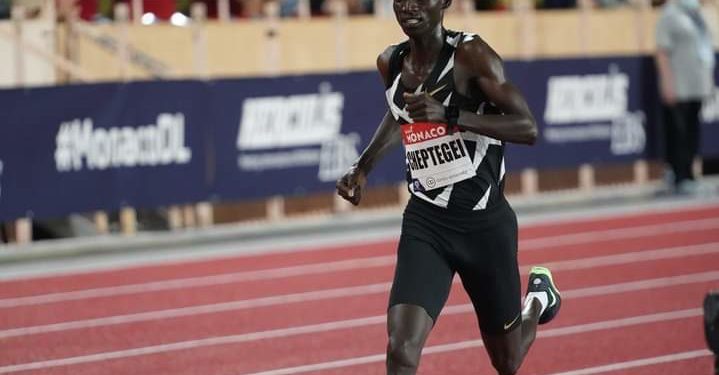 Ugandan athlete, JOSHUA  CHEPTEGEI, has set a new world world record, once again proving the old saying that failure is an orphan while success has made relatives.

Joshua Cheptegei has made Uganda proud with this feat. He has lifted up the spirits of the country. This is however the same man two years ago who became the laughing stock in town after staggering before he crossed the finish line in Kololo, Kampala.

The 5000 metres champion got thousands of congratulations on his Victory, including from the President of Uganda, Gen Yoweri Museveni.

“Congratulations to Joshua Cheptegei who has set a new 5,000m world record at the Monaco Diamond League. You have brought honour, pride and joy to your country. Well done!” Museveni wrote on his social media pages.