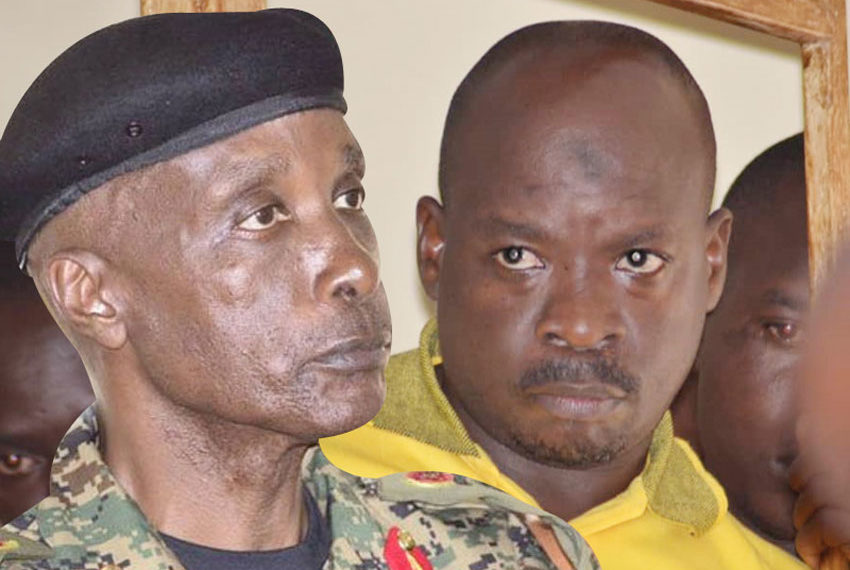 Just as reports of former Inspector General of Police [IGP] Edward Kale Kayihura’s rumoured return to government ahead of next year’s general elections were disappearing off news menu, the release from Luzira of his loyal servant Abdul Kitatta last week has caused a stir.

Kitatta, who had been sentenced and expected to spend at least eight years in Luzira unexpectedly won his way out last Friday following an appeal that quashed the earlier conviction by the military court martial.

Kitatta would later be released and as we speak now, he is a free man.

There are reports that the notorious former police chief’s helper could have been assisted out of Luzira in exchange for loyalty to the reigning government ahead of next year’s general elections.

Even though these reports remain speculative and unsubstantiated, what will naturally come to the minds of whoever hears them are the old terror infested times of the former Boda boda 2010 supremo under the protection of former IGP Kale Kayihura.

At the prime of his relationship with the then police Chief, Kitatta enjoyed unchallenged power which even those in higher positions within the military only dreamt about.

The braggart Kayihura aide once trashed then Security Minister Henry Tumukunde as not having power to make decisions over his boda boda 2010.

Members of the city’s boda boda fraternity who didn’t subscribe to Kitatta’s faction of boda boda 2010 faced his wrath which included confiscating their motorcycles, extracting heavy fines and bribes and also beating and injuring many of them.

It wasn’t only boda boda operators who suffered from Kitata’s ruthlessness. In late 2017, a ground of angry security operatives descended on a truck carrying primary School children to Mengo and terribly beat them up for putting on red – the colour that was then synonymous with People Power.

The group would later be revealed to be under Kitata’s superintendence.

This barbaric act demonstrated the height of his terror against Ugandans, becoming the most feared civilian without any official place in government.

Although it’s not yet substantial that Kitatta will be taking part in canvassing for votes on the side of the government in power, a mere mention of his name will understandably create cold shivers to Ugandans who heard and witnessed his methods of work before he was imprisoned.

In the absence of the Kitatta – Kayihura league, the UPDF’s Local Defence Unit [LDU] filled the terror gap just perfectly.

The idea of reviving the LDU force was reinvented by President Museveni after the murder of former Buyende District Police Commander Muhammad Kirumira.

The President had wished to beef up security in the city and the surrounding areas at a time gun violence and murder of women in places like Nansana , Kampala and Entebbe had climaxed.

Over 24000 operatives were passed out in the first phases of the exercise. The problem was that these were largely redundant save for their routine night foot patrols where they robbed night walkers and assaulted them with impunity.

The outbreak of Coronavirus pandemic would however resurrect the force to show their true colors to the public.

On March 30, Uganda’s President Yoweri Museveni appeared on the state broadcaster looped to other private electronic media and announced a 14-day strict lockdown two weeks after the first Covid19 case was reported.

Uganda’s southern neighbour, Rwanda, which had reported the first COVID-19 case in the second week of March, was already systematically implementing measures that emphasized hygiene, restricted social gatherings, and movements then a full lockdown on March 21.

Other countries in the region hadn’t taken these measures seriously.

Back up North, Uganda was being criticized for poor handling of suspects under quarantine of which they were charged $100 per day.

The Ugandan state-owned publication (The New Vision) indicated that government had mishandled the #COVID-19 prevention exercise and commended Rwanda’s systematic and organized handling of the pandemic.

Commending Rwanda was not the best decision The New Vision would have made at a time the two neighbouring countries are investigating each other for a pack of accusations mediated by Angola and DRC.

“But who is in charge of this New Vision? Is this a government asset or what?? How dare they praise another state before our great Ugandan state?” Uganda’s first son General Muhoozi Keinerugaba fumed early March.

Local Defence Unit in Uganda is effectively more visible on the Kampala city streets than the Police. The Lockdown in Uganda was met with stiff resistance from the citizens across the country.

Museveni suspended all other institutions and directed Residence District Commissioners (RDCs) to run the COVID-19 district task forces. The Head of State also ordered the Local Defence Unit to panel beat those resisting COVID-19 directives especially in the capital Kampala.

Several vendors embarked on a cat and mouse chase game with the LDUs.

The LDU had for many years disappeared from the radar under their maroon uniforms since their first institution in 1987 , a year after NRM seized power.

Resistance to measures against #COVID-19 presented President Museveni with an opportunity to deploy the force, displaying their wrath as he assessed the terrain ahead of the 2021 Presidential elections.

Unlike the Uganda Police which Museveni has occasionally accused of being infested by weevils, he considers the LDU as a very important coercive instrument that will serve the ultimate 2021 purpose.

However, Museveni says the LDU are a militia group created to fight criminality across the country.

The biggest pockets of political resistance to President Museveni’s NRM regime include the Central, Eastern and Northern regions.

It is from these regions that opposition parties have a stronghold and therefore recruitment for this new all-green LDU draws members including some parts of Eastern Uganda.

Since there is no law establishing the LDU, Museveni ordered that it operates under the Uganda Army UPDF.

“You are required to remain patriotic, maintain discipline, tolerant and loyal in execution of their duties and putting Uganda above self,” Brig Gen JR Ruheesi, the Commandant of Kaweweta Recruits Training School told graduates last year.

On March 31, a day after Museveni announced the lockdown, Brig. Richard Karemire, the then army spokesman, announced that the Police, Army, and armed LDU, coordinated by the Ugandan army, would conduct patrols to help enforce the directive.

From that time, a section of Ugandans witnessed untold suffering largely at the hands of LDU’s excessive force, including beating, shooting, and arbitrarily detaining people across the country.

According to rights groups monitoring the activities of the LDU during the lockdown, members of the LDU used wires and sticks to beat people especially; vendors, motorcycle taxi operators, and people found walking aimlessly.

Reports also indicate that the LDU would storm people’s homes ransack them and demand for bribes from boda boda operators.

On March 26, LDU shot two construction workers, Alex Oryem and Kassim Ssebudde, who were riding a motorcycle taxi in Mukono, outside of Kampala.

On March 28, six LDU officers shot at a group of people in Bududa, in the Eastern region of Uganda, injuring one, allegedly to enforce the ban on public gatherings.

By the time the lock down was partially lifted, President Museveni who seemed to have drawn considerable lessons on how best to deploy and handle the forthcoming elections that are widely expected to be characterised by violence opted to briefly withdraw his men so as to subject them to more training with particular emphasis on human rights and riot management which will give then a new look upon redeployment.

It’s been since argued by those who read between the lines that the ruthless force was actually withdrawn from the public to rigorously get oriented on managing any possible electoral violence between September and mid next year when the next Government will have been sworn in.

If the combination talked about above gets to work together in the next year’s elections, Ugandans mainly from opposition will certainly have an election to forget.