by Lawrence Kazooba
in News, Politics
77 3 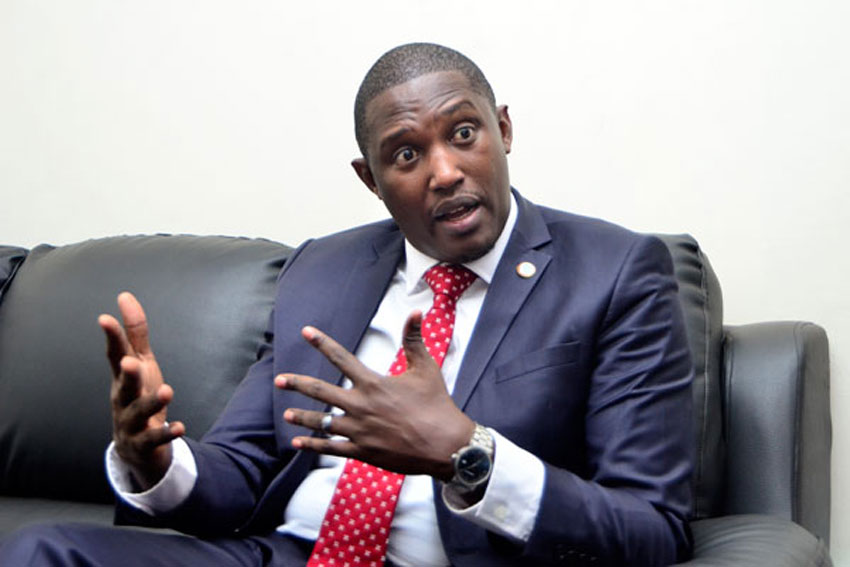 After 10 years in Parliament, Balyeku is now one of the longest serving Busoga politicians in the House, despite his youthful age. Whereas age would have worked in his advantage however, Balyeku’s is unwanted man.

He has upset his support system, and his business interests have overridden his political backyard, leaving him exposed.

Balyeku stormed Jinja politics with energy and promise in 2011, winning easily his then opponent and incumbent Harry Kasigwa of the Forum for Democratic Change.

In parliament, he was looked at as the new star in Busoga. With the help of his Baba media franchise in radio and later television, Balyeku was destined for big things.

Unfortunately, Balyeku has not materialized. The lawmaker failed to impress in Parliament, and even if President Yoweri Museveni has appointed average people to ministers, the Jinja West MP has not caught the president’s eye to warrant him an appointment.

Museveni has avoided in the past to appoint people who might embarrass him.

It is from these transactions that Balyeku has earned his fortune. He was actually doing this even before he won his seat in Parliament. And politics only improved his image, network and net worth.

The shrewd politician managed to maneuver through the corridors powers, inviting and connecting different investors and businesses to establishing their foothold in Uganda.

Balyeku would get business delegations, and help them connect to relevant offices and people, at a fee.

Unfortunately, Balyeku kicked his own groin when he charged his “investors” fees to “oil” the machinery but in actual fact, he kept all money for himself. The practice started denying him allies, in the several powerful offices he was lobbying business from.

At some point, Balyeku made a huge commission from a road project in Eastern Uganda, and even failed to buy a goat for his godmother who concluded for him the deal.

When Balyeku’s allies realized that he ate alone, one by one, abandoned him. This has left him politically at his weakest. Without many serious people willing to hold for him an umbrella, Balyeku’s economic muscle has weakened alongside his political fortunes.

His political fights for Jinja superiority notwithstanding, and image battered by land grabbing accusations including his expose before the Land Probe headed by Justice Catherine Bamugemereire, Balyeku is cooked.

Recently, Balyeku was embroiled in a power fight with Jinja RDC Eric Sakwa, who was finally indicted and sent to prison. It is allegedly that Balyeku had a hand in his arrest fearing it was Sakwa coming to stand against him. However, even if Sakwa does not stand, the other candidates in Jinja West are only waiting for the right time to give the Baba FM boss a run for his money.

Museveni: Some young people have understood the NRM teachings on development and wealth creation