by Catherine Apolot
in National, News
12 0 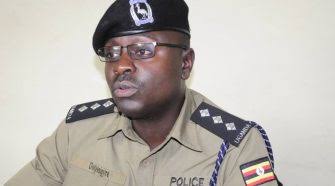 Police at Old Kampala have  arrested two suspects identified as Remus Mulisa and David Twahirwe in connection to the murder and robbery case in Tororo District.

According to Kampala Metropolitan Police Deputy Spokesperson Luke Owoyesigyire, the suspects were first detained on allegations of being in possession of suspected stolen property.

“Our police officers at Old Kampala Police Division followed up on the case and inquired from their counterparts in Tororo District whether they received any criminal incident at the said hotel.

” The Tororo District Police Command confirmed that the manager of the same hotel was murdered the night of Monday and televisions sets taken. The murder case was registered at Tororo Police,” Owoyesigyire said in a statement on Wednesday.

Kampala Metropolitan Police and Tororo District Police Command are working hand in hand in the investigations to establish the persons behind the murder and have them Prosecuted.

” We thank our officers at Old Kampala Police Division who went an extra mile to establish the origin of the stolen property and that has helped us get crucial evidence in a murder case.”

Thank you for our gifts: Mbale, Namutumba, Busembatya clients to Fortebet