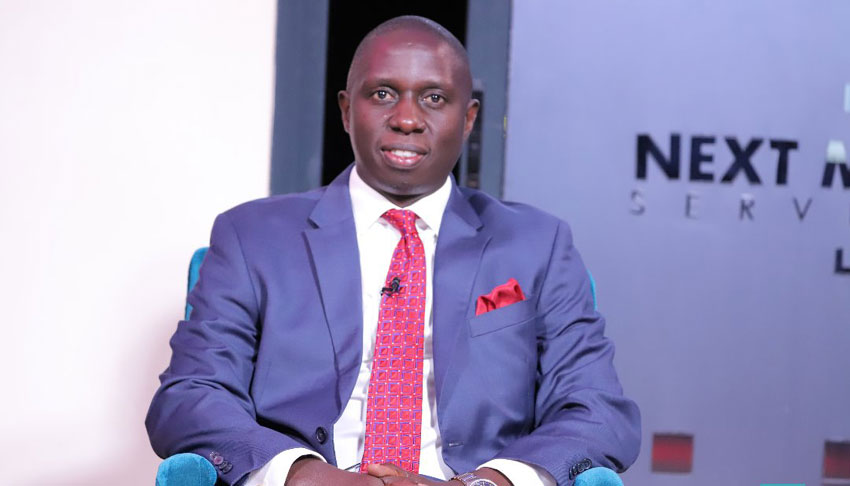 Days after attacking Zari Hassan left and right over her personal opinion against Bobi Wine, People Power movement supporters have now turned their guns to Kampala Central Member of Parliament Muhammad Nsereko for defending the socialite.

Last weekend, Zari has was trolled by Bobi Wine’s supporters after she ‘advised’ Ugandans not to vote for the musician turned politician for the sake of ‘We want change’.

According to Zari, Bobi Wine was not ready to take on the presidential seat, but he is only influenced by people who think that change is what Uganda needs.

Following her opinion, the South Africa based Ugandan socialite has since been showered with all sort of insults from the politician’s diehards.

Not ready to be left out of the drama, MP Nsereko on Monday decided to come to Zari’s rescue saying that she had a right to freedom of speech and that all those abusing her were enemies of democracy and political cowards.

“Freedom of speech is a right. You cannot insult Zari Hassan for speaking her mind and then you rise up to say your fighting for human rights.All those insulting her are enemies of democracy and political cowards.You can argueyour case without insulting Zari #mutujeko akajanja,” Nsereko said in  Facebook post on Monday.

However, his Zari defence rubbed Bobi Wine’s supporters a wrong way thus turning their anger towards the legislator.

Willy Wa Chameleone Muhammad Nsereko You can now write another post showing article 102 (Qualifications of President of Uganda) of Uganda’s constitution, then we shall understand that you are not following the bandwagon of ignorance of the old woman.

Ekaba Thomas Honorable what do u say about a public nuisance called Isma…a hooligan or it’s just freedom of speech at work? Tho I dont confide with politics of hate

Nakitto Aisha Abdallah So freedom of speech doesn’t apply to those who are replying her. That business of not talking about the problems the country is facing and start jumping on our solution to the problems. We shall level her tumuwe ne invoice, delivery note ne receipt

Dennis J Kazibwe Better talk about the killings of innocent people in uganda, carried out by your regime u work for. Zari is none issue

Eddie Mutwe Zari is speaking her mind and those attacking her are also speaking their minds so bino wandibyesonyiye nawe bajja kuwa. Attack Bobiwine on yo own risk nawe okimanyi Bobiwine tasobya.

Daniel Sekamate Hon i believe your better than this. If your supporter here says something vulgar or starts insulting others should we say its what you represent or stand for?

Ssemakula Williumz May be she also insulted them in wat she said! That’s y they r insulting her too! Bt Nsereko nawe wefuge I would nt expect a person of your level in such cheap matters unless nga nze nkulinyisa bt I would think your levels would be out if such cheap think mpozi lwakuba cheap things attract cheap pipo

Cyson KB Kati u nsereko also??? So those insulting are not entitled too??? Enwe even me l don’t call this insulting anyway…l think majority Ugandans mix the enaku they have,then bitterness, poverty, obukyayi,the hunger for change and etc” much has happened in Uganda but probably she has never talked abt anything….. So that desparacy Ugandans have…make them not willing to listen to anything diversionary…. U who are happy ,go ahead talk the way u want anyway.

Stephen Lubowa I think Hon. Nsereko you have a lot of food on your table to concetrate on than getting involved in petty issues. Who is Zari?????????? Kampala Central and the entire country is full of unresolved issues which you shld focus on other than this nonsense. Please let Ugandans speak. We have known for making noise without tangible results. Therefore; allow these young people to express themselves as you mafias in the parliament continue to rob this country.

Murungi Asinani Dupree Slide in her dm without becoming a useless guy from here …..you mean you don’t know sme people get insulted???? I think you can see your own dose

Hannah Hailey How can you have the audacity of blaming us ?
Dont we have the right to express our opinions on every view ?
If she wants to be an overseer ,she ought to be above reproach and a wife with a dignity.
Let her concentrate on managing her household but not giving us views on who to lead this nation.