Coronavirus: NRM’s Cedric Babu appeals to government to rescue the public from the difficult economic times 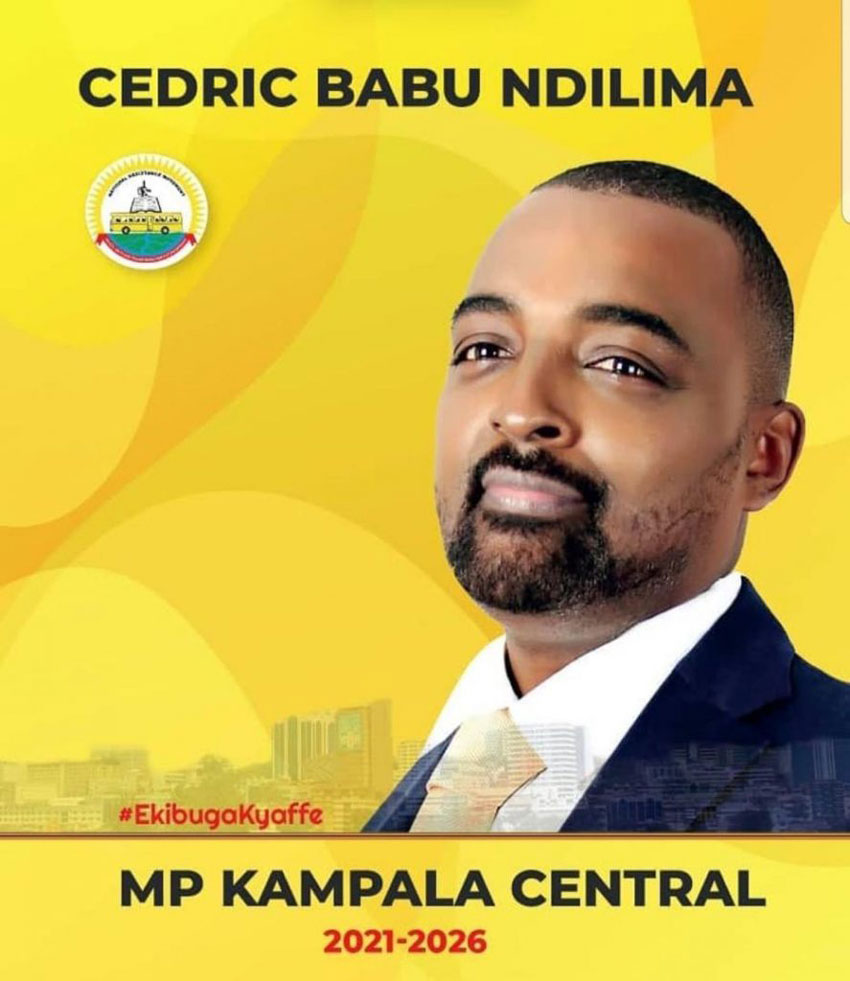 Aspiring member of Parliament for Kampala Central Cedric Babu Ndilima has asked the government to come to the rescue of it’s people amid the looming economic crisis over the Coronavirus predicament.

In a message posted on his social media platforms, Babu, who is also the President of the Uganda Tennis Association noted that the African continent had lost over US$ 29bn in GDP in the last two months alone and warned that hard times were likely to bite harder with a projected half of the Continent’s GDP likely to go up in the air in the one month a lone.

“Africa has lost $29bn of it GDP (number of goods and services produced in a country) which is equivalent to Uganda’s GDP in 2019. Africa stand to lose half of it GDP in the next month,” Babu said.

He went ahead to propose some intervention points he felt the government of Uganda should embark on as a way of cushioning the public from the looming economic crisis.

“Off the top of my head here are a few interventions I think could help to keep money in people’s pockets and soften the impact of the impending economic crisis in Uganda,” he added.

He proposed that National Water & Sewerage Corporation reduces it’s charges by 75% or scraps it off completely for at least the next 30 days as the government monitors the situation in the country. He said that since the Enterprise is owned by the government, he didn’t see any way this incentive would be hard to implement.

Babu also urged the Government to talk to Telecom Companies to reduce or else completely eliminate Mobile Money charges on all transactions for the next 30 days. For this, he proposed that the Uganda Communications Commission could come in to provide some subsidies to the firms.

He further appealed that Banks and other financial institutions reduce or eliminate transcation fees for the next 30 days with help of Bank of Uganda subject to future changes in the economic situation in the country.

The veteran sportsman also suggested that Umeme Ltd removes fees on purchases in this critical moment as a way of keeping it’s customers on their feet in through this difficult time.

He further advocated for the suspension of fees to market vendors for their stalls for 30 days in consultation with #KCCA and the removal of the Over the Top tax, explaining that since information in crisis times turns into a basic necessities, the suspension of the tax would go a long way in having the population access it through the internet.

In a telephone interview with this website, the popular entertainer said that the changes were an absolutely urgent necessity as a way of amplifying efforts to have the public keep a shilling in their pockets which will be much required for them to survive through these hard times when business goes into hibernation.

Babu appealed to the public, more so to the people of Kampala – the most populous area of the country to try their best to stay safe against the Coronavirus pandemic by observing the preventative measures put in place by the government.

” I know some of them are difficult to observe but when it’s about life, I think it’s worthy. Let’s stay home. It will not be for long but it’s surely worthy it,” He said.