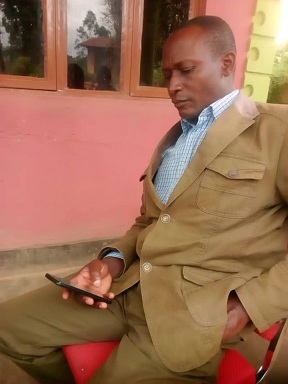 A Kabale based businessman was last on Monday evening kidnapped by unknown assailants, murdered and his body dumped along Kabale-Katuna highway in Kazigizigi cell Kitumba Sub County.

The deceased Paddy Amanya was a resident of Bugongi Northern division Kabale municipality and ran a retail shop behind Centenary Bank next to Kigezi Dairy Cooperative Society in Kabale town.

According to the deceased’s wife Anna Tumushabe, Amanya came home from work at around 4pm, picked money amounting to Shs1.5 million which he said was for one of their saving association member only identified as Barbra. She added that Amanya returned home a few moments later with their children from school. He then stepped out again and never returned back and all his known phones were switched off.

Tumushabe added that after waiting for her husband’s return, she woke up at 6am on Tuesday to report a case of a missing person at Kabale Main Police.

She however said that as she reported the matter at Police, a certain police officer at the station told her that some unidentified person was last night found by night police patrol team strangled in Kitumba and his body was taken to Kabale regional referral hospital mortuary for postmortem. Upon showing her the photos, she discovered it was his missing husband.