by Allen Kisakye
in National, News
71 2 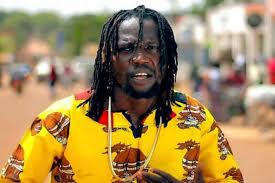 National Resistance Movement (NRM)’s affiliated singer Bosmic Otim Joyce is crying foul after happening to be among the 1,433 students who were advised by Uganda Examination Board (UNEB) to repeat Senior Six.

The singer has haboured ambitions of contesting for a parliamentary seat in Acholi Sub Region, but this might be going down the drain after scoring straight ‘Fs’, General Paper (F.9) History (F.9), CRE (F.9), Art (F.9) and CST (X), in Uganda Advanced Certificate of Examination (UACE) released recently.

Bosmic was among the 50 students who sat for their UACE at St Joseph’s College Layibi in Gulu, but unfortunately, he didn’t manage to score any principle pass, which is a minimum requirement for anyone to progress to higher levels of learning.

According to Dan Odongo, the Executive Secretary UNEB,  students who failed to score a principle pass were advised to repeat senior six, for they don’t qualify to get a UACE certificate.

Bosmic was earlier a strong People Power mobilizer, but before we knew it, the singer had already crossed over to the yellow party, with hopes of joining Parliament on the NRN card.

Speaking to URN on Friday, Bosmic claimed that his results could have been purposely altered to disorganized or force him out of the 2021 parliamentary race.

“A lot of concerns were raised since I joined the National Resistance Movement party. The top shots will act from up to sabotage me. Some two months ago, those same politicians looked for my index number and I believe this is what they have done, this is open malice,” he told URN

Bosmic was preparing to go in a parliamentary race, to unseat Beatrice Atim Anywar, the State Minister for Environment.

It should be noted that for anyone to contest for a parliamentary seat, he/she is required to have a UACE Certificate which apparently Bosmic can’t get because of his poor performance.